JRL NEWSWATCH: “[Chekhov on the Occasion of Cholera Epidemics of 1892]” – Vladimir Golstein/ facebook 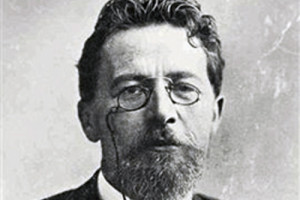 “Just came across a fascinating set of letters from Chekhov on the occasion of cholera epidemics of 1892. One more proof of what an amazing individual he was. Here is his letter to his friend and publisher, a conservative journalist, Suvorin, written from Chekhov’s Melikhovo estate. …”

My letters chase you, but do not catch you. I have written to you often, and among other places to St. Moritz. Judging from your letters you have had nothing from me. In the first place, there is cholera in Moscow and about Moscow, and it will be in our parts some day soon.

In the second place, I have been appointed cholera doctor, and my section includes twenty-five villages, four factories, and one monastery. I am organizing the building of barracks, and so on, and I feel lonely, for all the cholera business is alien to my heart, and the work, which involves continual driving about, talking, and attention to petty details, is exhausting for me. I have no time to write. Literature has been thrown aside for a long time now, and I am poverty-stricken, as I thought it convenient for myself and my independence to refuse the remuneration received by the section doctors.

I am bored, but there is a great deal that is interesting in cholera if you look at it from a detached point of view. I am sorry you are not in Russia. Material for short letters is being wasted. There is more good than bad, and in that cholera is a great contrast to the famine, which we watched in the winter. Now all are working-they are working furiously. At the fair at Nizhni they are doing marvels which might force even Tolstoy to take a respectful attitude to medicine and the intervention of cultured people generally in life.

It seems as though they had got a hold on the cholera. They have not only decreased the number of cases, but also the percentage of deaths. In immense Moscow the cholera does not exceed fifty cases a week, while on the Don it is a thousand a day-an impressive difference. We district doctors are getting ready; our plan of action is definite, and there are grounds for supposing that in our parts we too shall decrease the percentage of mortality from cholera. We have no assistants, one has to be doctor and sanitary attendant at one and the same time.

The peasants are rude, dirty in their habits, and mistrustful; but the thought that our labours are not thrown away makes all that scarcely noticeable. Of all the Serpuhovo doctors I am the most pitiable; I have a scurvy carriage and horses, I don’t know the roads, I see nothing by evening light, I have no money, I am very quickly exhausted, and worst of all, I can never forget that I ought to be writing, and I long to spit on the cholera and sit down and write to you, and I long to talk to you. I am in absolute loneliness.

Our farming labors have been crowned with complete success. The harvest is considerable, and when we sell the corn Melihovo will bring us more than a thousand rubles. The kitchen garden is magnificent. There are perfect mountains of cucumbers and the cabbage is wonderful. If it were not for the accursed cholera I might say that I have never spent a summer so happily as this one.

Nothing has been heard of cholera riots yet. There is talk of some arrests, some manifestos, and so on. They say that A., the writer, has been condemned to fifteen years’ penal servitude. If the socialists are really going to exploit the cholera for their own ends I shall despise them. Revolting means for good ends make the ends themselves revolting. Let them get a lift on the backs of the doctors and paramedics, but why lie to the peasants? Why persuade them that they are right in their ignorance and that their coarse prejudices are the holy truth? If I were a politician I could never bring myself to disgrace my present for the sake of the future, even though I were promised tons of felicity for an ounce of mean lying. Write to me as often as possible in consideration of my exceptional position. I cannot be in a good mood now, and your letters snatch me away from cholera concerns, and carry me for a brief space to another world. …