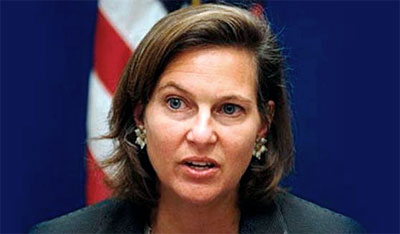 The meeting also addressed a number of other topics, including security, economic issues and politics, the Batkivshchyna press service reported on Tuesday.

When discussing reforms aimed at cracking down on corruption in Ukraine, Tymoshenko and Nuland reiterated the need for the Ukrainian authorities to pass counter-corruption laws and a new law on the Prosecutor’s Office as soon as possible.

Among other matters, the parties reaffirmed the need to make joint efforts to secure the release of Ukrainian pilot Nadezhda Savchenko, who was arrested in Russia.

[featured images are file photos, from events at various points in the past]