American Elections have Convinced Russians U.S. is ‘an Ordinary Country with Its Own Problems,’ Volkov Says 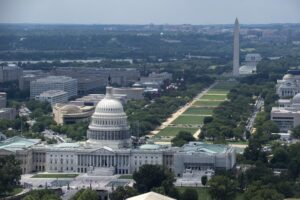 Russians have traditionally been among the most convinced believers of American exceptionalism, viewing the US as different in kind positively and negatively than other countries, Denis Volkov says; but the recent elections have convinced many of them that the US is “an ordinary country with its own problems.”

That shift in Russian opinion, the deputy director of the Levada Center polling agency says, may prove to be “a much more important factor for Russia” than the issue of who will be the next American president (forbes.ru/obshchestvo/413095-kak-amerika-podvela-rossiyu-prezidentskie-vybory-v-ssha-izmenyat-predstavleniya).

That is because, he suggests but does not say outright, Russians will no longer look to the US as a possible model, something that will reduce America’s “soft power” to influence developments in the Russian Federation in the future both immediately over the next four years and longer term.

Part of this reflects the common problems Russia, the US and much of the world has with the pandemic and the inability of either Moscow or Washington to deal with it effectively. But much reflects the downplaying of the US elections by state media which doesn’t want to provoke any discussion of Russian interference in the American vote, Volkov continues.

Most Russians do believe that it matters who the next US president will be not so much because they hope that he will be pro-Russian, as many hoped four years ago that Donald Trump would be, but because the US remains for Russia “the main enemy” and so it is important to know its intentions.

That view is dominant among older Russians. Younger ones “on the whole show less interest to the American elections” while at the same time the younger ones are more positively inclined toward the US than their elders. Overwhelmingly, they think America should be able to live its life as long as it lets others and Russians in the first instance live theirs.

In the focus groups where such attitudes were explored, Volkov says, many felt that Trump had been about as pro-Russian as any US president could be given longstanding American opposition to Russia as its chief opponent. “A few even allowed that somewhere the Kremlin has serious compromising information on Trump.”

“Biden, in contrast,” the Moscow sociologist says, “is viewed as a consistent critic of our country who openly says that Russia is the opponent of the United States.”