All Passengers Rescued From Russian Ship Stranded in Antarctic 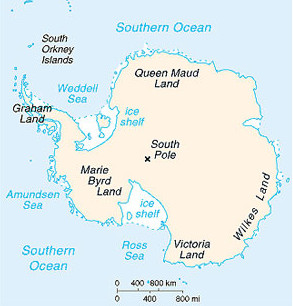 The ship, the Akademik Shokalskiy, has been stuck in the ice 100 nautical miles east of the French base Dumont d’Urville since December 24 with its crew of 22 and 52 passengers, many of them scientists.

The helicopter, from a nearby Chinese ship, the Xue Long, landed on the ice near the Russian ship, and then flew the passengers to an Australian ship, the Aurora Australis.

The Australian Maritime Safety Authority (AMSA), the coordinating body for the rescue, said: “Aurora Australis has advised AMSA that the 52 passengers from the Akademik Shokalskiy are now on board.”

Photos posted on Twitter by a scientist on the ship showed the Russian-built Kamov helicopter touching down on the ice nearby.

The Shokalskiy’s crew of 22 will remain on board, waiting for warmer weather when the ship can make its own way out of the ice.

The rescue mission had been put off earlier due to the weather conditions, according to AMSA.

A team of scientists and tourists on the Akademik Shokalskiy had been retracing a famous Australian Antarctic Expedition from 101 years ago.

The agency described the ship, built by a Finnish shipyard for the Soviet Union in 1982 for polar research, as “fully ice-strengthened.”