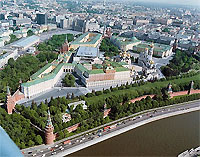 (Moscow Times – themoscowtimes.com – Jennifer Monaghan – February 6, 2014) More than 200 writers from around the world have signed an open letter to the Russian authorities denouncing the introduction of gay-propaganda and blasphemy laws in Russia, which they call an attack on freedom of expression.

We “cannot stand quietly by as we watch our fellow writers and journalists pressed into silence or risking prosecution and often drastic punishment for the mere act of communicating their thoughts” reads the letter, published on Thursday by The Guardian.

The letter – published as part of a campaign by PEN International, a worldwide association of writers – was signed by some of the world’s leading contemporary authors, including Margaret Atwood, Jostein Gaarder and Carol Ann Duffy, as well as three Nobel laureates.

Recent laws that ban the promotion of “nontraditional sexual relations” to minors, make religious insults illegal, and criminalize defamation were singled out for particular criticism in the text.

“Criminalizing those who write positively about gay people and gay themes, or who write negatively about the church, criminalizing defamation, these are all things that clamp down on the exchange of ideas, that push dissent and stories underground. I hope that Mr Putin reads the open letter; I hope he changes course,” said English writer Neil Gaiman.

Russia outlawed the dissemination of “gay propaganda” to children last June, in what critics say is a blatant attempt to stifle liberal values. On Thursday, a children’s book that contained information about gay marriage was removed from a library in the city of Ulyanovsk while prosecutors investigate whether there is a criminal case to be answered, RIA Novosti reported Thursday.

“The chokehold that the Russian Federation has placed on freedom of expression is deeply worrying and needs to be addressed in order to bring about a healthy democracy in Russia,” said Booker prize-winning novelist, Salman Rushdie.

Acclaimed Russian writer Lyudmila Ulitskaya – an outspoken critic of President Vladimir Putin – has also put her signature to the text, which was released as global media arrive in Sochi ahead of the opening ceremony of the Winter Olympics on Friday.

He has said that athletes will not be punished for wearing rainbow-colored accessories, however.

Putin has given assurances that gay competitors and spectators will not be discriminated against in Sochi.