Typically this time of year, energy utilities across Europe are topping off their tanks, replacing old wires, locking in gas contracts, and doing the sort of routine maintenance needed to prepare for the coming winter.

This year is different. 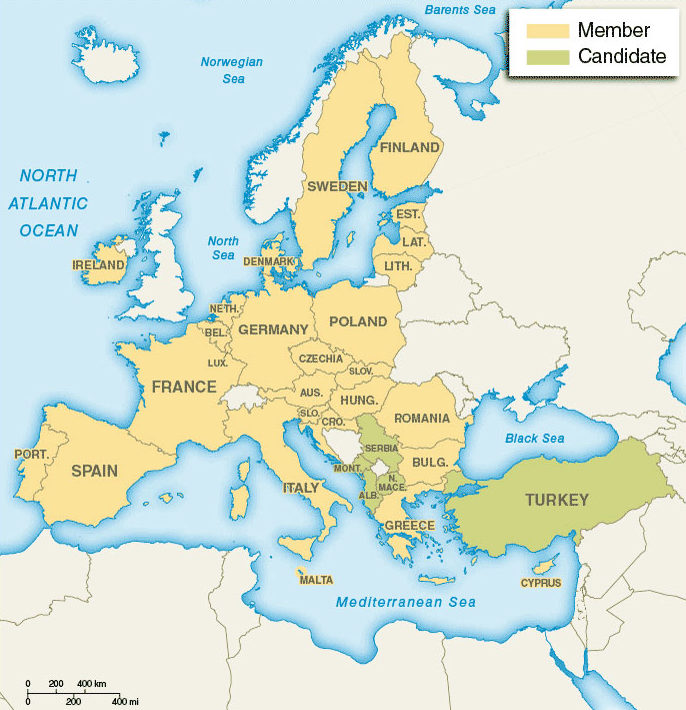 Natural gas prices are way up; reserves are way down; winter is around the corner; and energy traders, policy watchers, and regional experts are getting nervous. And they are looking toward Moscow, where Europe’s single largest supplier, the Russian state-run gas giant Gazprom, already has a firm grip on market.

And that grip will tighten with the imminent completion of Gazprom’s $12-billion Nord Stream 2 undersea pipeline.

“The shortages may have been caused by a number of reasons — commercial interest, supply constraints in the domestic market, political interests to coerce Europe into fast-tracking the approval of” Nord Stream 2, said Aura Sabadus, a senior energy journalist with the London-based Independent Commodity Intelligence Services

“And possibly, [it’s] good old Russian posturing to reinforce the message that Europe continues to remain dependent on Russian gas despite the rise in U.S. [liquefied natural gas] in recent years,” she said in an e-mail to RFE/RL.

Gazprom did not immediately respond to e-mails seeking comment.

Natural gas reserves in the European Union are far below normal levels for this time of year. That’s due in part to an unusually cold late winter and early spring, which meant the season to refill storage was shortened.

This year, supplies are at around 12 percent, versus 64 percent in past years, according to Maria Shagina, a postdoctoral fellow and political risk researcher at the Center for Eastern European Studies at the University of Zurich. In Germany, gas storage facilities hold just 50 percent compared to previous years.

That could put the EU in a troubling position ahead of winter if storage doesn’t fill up by October, when the season to refill ends. Russia itself is also racing to fill its own storage ahead of the winter season.

“Because gas storages are usually filled in the summer before the heating season in autumn, the situation has become worrying for the Europeans,” Shagina said.

Tight supplies have resulted in spiking prices; last month, gas prices at a key trading point in the Netherlands hit a 17-year record.

Current gas prices are running about three times above what they were at this time in 2019, Freedman said; and five times compared with last year, when the COVID-19 pandemic slowed or shuttered much industrial production.

Liquefied natural gas, or LNG, from North America typically would help bolster European supplies. This year, however, much of that has instead been heading to Asia, where prices are even higher; as much as 80 percent higher than in Europe, by some measures.

Katja Yafima, a senior research fellow at the Oxford Institute for Energy Studies, cited a combination of factors buffering markets: natural disasters, technical outages at many LNG plants, a cold winter, and a rise in industrial demand as economies revive following the COVID-19 shutdowns. 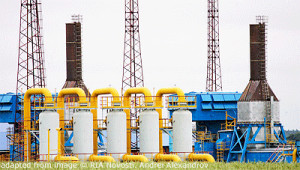 “Coming all together at once, [they] have created a perfect storm, when there is not just enough gas available globally,” she said. “Gazprom’s supply is one factor of many.”

Under normal market economics, a major gas supplier would be predicted to take advantage of high prices by locking in more contracts, thus bringing in more revenue.

In the case of Gazprom, however, that would involve utilizing what has long been its primary export pipeline network: Ukraine’s.

This year, however, Gazprom has not, and experts say there isn’t one clear explanation.

In Ukraine, however, which has battled with Russia over gas supplies and transit fees for nearly two decades, the explanation is perfectly clear to many.

“Even without the completion of Nord Stream 2, we are already seeing who pushes up gas prices in Europe,” Ukrainian President Volodymyr Zelenskiy said during an August 22 news conference alongside visiting German Chancellor Angela Merkel. “The project is only beneficial for Russia.”

Russia has tried for years to reduce its reliance on Ukraine’s networks, an effort driven mainly by fallout from the 2014 Maidan revolution in Kyiv. Thus, the push to bypass Ukraine with undersea pipelines, in both the Baltic and the Black seas.

Before Nord Stream 1 opened in 2011, about 80 percent of Russia’s gas exports to Europe transited Ukraine, according to the Congressional Research Service. In 2019, that had dropped to about 45 percent.

Ukraine is adamantly opposed to the construction of Nord Stream 2, which will double the total capacity of the overall Nord Stream complex. That’s mainly due to the transit revenues it stands to lose if Russian gas bypasses it, but also out of fear that Moscow could cut off supplies directly to Ukraine — something that has happened in the past.

In 2020, Ukraine netted about $2.1 billion in transit revenues for Russian gas.

Ukraine’s biggest ally in the fight to block Nord Stream 2 has been the United States. Construction, which began in 2015, proceeded apace under President Donald Trump’s administration, even through Congress passed several sanctions measures to try and block it, and the State Department vocally opposed it.

In May, Trump’s successor, Joe Biden, angered congressional Republicans, and surprised Ukrainians, when he opted to waive imposing sanctions on key companies involved in the construction. That cleared the way for the project’s completion.

Biden’s decision was made after talks with Merkel, who disagreed with the American position, arguing that more Russian gas for German industrial customers, and European markets, did not necessarily make Europe more beholden to Russian political whims.

Merkel also pledged to push Moscow to extend an existing supply contract with Kyiv that is set to expire in 2024 — an effort to assuage Ukraine’s displeasure with the Nord Stream approval.

Despite being nearly completed, Nord Stream 2, known also as NS2, hit a sizable speed bump this week when a German court rejected the operators’ argument that the pipeline was financially, if not physically, complete, and therefore wasn’t obligated to follow EU rules aimed at ensuring competition in the bloc’s energy markets.

The rules, passed in 2019, include an “unbundling” requirement on the production, transport, and trade of gas into the European Union, forbidding one single company from exclusively using its own pipelines to transport its own gas. Gazprom opposes giving up control.

The German regulator BNetzA is reviewing one component of those rules and could issue a ruling by early next year, if not before.

Experts say there are no signs that Gazprom is failing to fulfil its contracts under long-term delivery deals. However, the company appears to be unwilling to provide swing supplies, despite the allure of high prices.

“Gazprom’s production has stayed high this year, and the company has met all of its European contractual supply obligations,” Yafima said in a message to RFE/RL. “My view is Gazprom has benefited from the tight market, but it has not abused or manipulated it.”

Other analysts have speculated Gazprom might be withholding supplies from European markets as a way of putting upward pressure on prices, which in turn push up electricity prices, angering big industrial customers.

That in turn might result in powerful German industries lobbying the German government to expedite the permitting process to get Nord Stream 2 flowing more quickly.

“This geo-economic strategy seems to be employed to exert additional pressure to speed up the certification of NS2,” Shagina told RFE/RL.

“Gazprom just wants to get NS2 up and running,” Freedman said. “Whether the goal is to upset German industrialists, I’m not sure. And it’s not just Germany, it’s European industrialists more broadly.”

If Gazprom was to be found to be rigging the markets, purposely pushing prices upward in some monopolistic fashion, that would be a major political concern, Freedman said.

“If exposed, it would expose the very issues that the United States has been complaining about for the past few years, that Gazprom has been using energy as a tool and not just in the energy sector,” he said.

“It would be very dangerous game to be doing that,” Freedman told RFE/RL. “There would be consequences.”