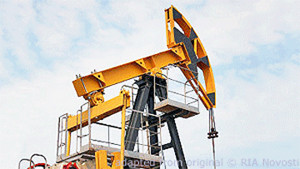 It has been nearly three months since Russia invaded Ukraine and, despite Ukraine’s remarkable resistance and the implementation of an aggressive sanctions package on Russia, there appears to be no end in sight to the war. Until now, a majority of analysis has focused on Russia’s military failures, Zelensky’s impressive leadership, and the surprisingly unified response of the international community. What has been relatively overlooked is the resilience of Russia’s economy when it comes to surviving sanctions. In a globalized world that is already suffering from supply chain problems, an energy shortage, and an economic slowdown, it is remarkable that sanctions have failed to bring Russia’s economy to its knees.

Before we address how Russia has managed to stave off economic disaster so far, it is necessary to understand the scale of the sanctions it faces. Perhaps most noteworthy is the sanctioning of Russia’s central bank, an unprecedented move that essentially froze over $300 billion of the country’s foreign exchange reserves. Significantly, the sanctions also banned the export of cutting-edge technology, energy industry equipment, and aerospace technology to Russia. As well as those export bans, the U.S. has banned imports of Russian crude, gas, coal, crude products, and any other energy products from Russia. More recently, the European Union committed to banning imports of coal from Russia. Partially as a result of these sanctions, international companies such as McDonald’s, Coca-Cola, Apple, and BP have all left the country. Unlike the sanctions that were placed on Russia in the aftermath of its invasion and annexation of Crimea, these sanctions had teeth and immediately had an effect. Russia’s ruble lost nearly 50% of its value against the dollar, the Moscow stock market was shuttered, and it appeared that the West was going to succeed in fomenting economic chaos in Russia. But then, remarkably, the ruble began to bounce back.

As of today, the Ruble is back above pre-war levels, leaving observers to question how Russia’s economy has managed to survive. That is not to say that the ruble is a true indicator of Russia’s economic health, but when it comes to questions of economics, the illusion of stability is almost as important as stability itself. That said, reports that the ruble is trading for significantly less against the dollar on the black market would suggest that Russia’s ‘real economy’ is suffering. Other indicators, however, like the central bank lowering its interest rate from 17% to 14% and reports of healthy spending at cafes, bars, and restaurants, point to Russia’s economy holding up remarkably well. So how did Russia do it?

Firstly, and most importantly, it is Russia’s unique position as a net exporter of both energy and key foodstuffs that has allowed it to stay afloat. If similar sanctions had been placed on a net importer like China, for example, you could eventually expect deindustrialization, famine, and mass unrest. It would be a disaster. Russia, on the other hand, is uniquely positioned to survive this economic assault. It is also able to run a massive trade surplus because of its energy exports and because oil and gas prices are at multi-year highs. Its strong trading relations with both China and India have ensured that plenty of foreign currency is flowing into Russia to calm any fears of insolvency. More foreign currency is coming from the EU, which simply cannot wean itself off Russian natural gas and is struggling to ban Russian oil imports. Of course, all of this foreign currency would be worthless if Russia was unable to use it because of sanctions. That fact is what caused ratings agencies to warn of an imminent debt default by Russia back in April. But once again, Russia has been able to defy expectations here by taking advantage of a sanctions loophole.

The ‘sovereign debt carve-out’ is an exemption that the U.S. government created in its sanctions policy in order to allow for debt repayments. This means that Russia has been able to service its debt and avoid default. That exemption, however, is set to expire on May 25. If it isn’t extended, Russia could still default if this isn’t extended as it has $100 million in interest payments due two days later. The most recent news out of Washington suggests that the Treasury Department is leaning toward blocking Russian debt payments, with Russia’s finance minister claiming it will resort to paying in rubles.

Russia’s energy and food production and its ability to service its debt were both important, but ultimately it was a slew of emergency measures enacted by the Russian government that saved the ruble. Ever since 2014, when the U.S. and the EU sanctioned Russia for its invasion and annexation of Crimea, Russia has been working to create an economic ‘fortress’ that can resist sanctions. This included the build-up of roughly $640 billion worth of gold and foreign currency reserves so that it could outlast any sanctions. It is clear from Russia’s other reactions to sanctions that the Kremlin had been planning for such a scenario. The central bank raised interest rates to 20%, forced Russian exporters to convert 80% of their foreign exchange revenues into rubles, and limited the amount of money Russians can withdraw from foreign-currency accounts to $10,000. All of this, as well as Putin’s demand that countries pay for natural gas with rubles, was designed to create false demand for the ruble and control the domestic market. The one problem with all of this, of course, is that at some point it has to come to an end.

While Russia is surviving, the long-term outlook for the Russian economy is dire. The extreme measures that have been put in place to counter sanctions are not long-term solutions, and if the illusion of stability in the ruble eventually collapses, the economy will too. The country also has to deal with its inability to access the technology and goods necessary to maintain key industries. Other realities such as ‘brain drain’, caused by international isolation, and the eventual reduction in demand for its oil and gas exports will only further diminish its economic strength. Russia has survived sanctions better than almost any other country could, but the struggle is far from over for Moscow.