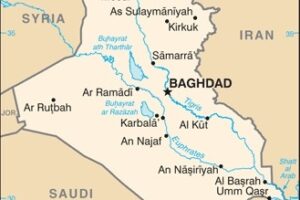 There was always something that did not look quite right about Lukoil’s recent announcement that it was going to withdraw from Iraq’s huge West Qurna 2 oil field, located 65 kilometers northwest of the southern port of Basra and with roughly 14 billion barrels of reserves in place. So it has proven, with the bland statement last week that Lukoil is, in fact, going to stay on in the role of lead developer on the supergiant site. OilPrice.com exclusively reveals what happened below. The recent development history for Lukoil in West Qurna 2 is essential to understanding its recent flip-flopping announcements. The key event that shapes what has happened most recently began in August 2017 when the Russian oil firm announced that it was to dramatically increase output at West Qurna 2. At that time, the West Qurna 2 field had been steadily producing around 400,000 barrels per day (bpd) – about nine percent of Iraq’s total oil production – under the operation of Lukoil, which held a 75% stake in the field (the remainder held by Iraq’s state-run North Oil Company). The development plan was to increase crude oil production to 480,000 bpd in Phase 2, and then to add another 650,000 bpd to the total in Phase 3, which would focus on the deeper Yamama formation. The ultimate target of 1.13 million bpd might appear high to some (although the original target was 1.2 million bpd) it is entirely justified both by US geologists when they were on the ground during the US occupation and by various international oil companies (IOCs).

The problem even in 2017 for Lukoil was that it believed the level of remuneration it was receiving per barrel drilled was too low. By that point, the Russian company had already spent at least US$8 billion on developing the field, according to its spokesmen at least, but was only being compensated US$1.15 per barrel recovered. This was the lowest rate being paid to any IOC in Iraq at that time and was dwarfed by the US$5.50 per barrel being paid to GazpromNeft in its development of the Badra oil field. Lukoil was aware that on its own the West-Qurna 2 development would allow it to double its overseas production once Phase 3 kicked in (Lukoil’s total hydrocarbon production globally was 2.2 million bpd in 2016). However, it was also aware that even with Iraq’s world-low (along with Iran and Saudi Arabia) lifting cost per barrel of oil of US$1-2 pb without capital expenditure included (and US$4-6 pb including capital expenditure) its profit per barrel based on recovery compensation alone was extremely slim. Also grating on the Russian company was that because of the ongoing cash crunch in Iraq, the Oil Ministry still owed it around US$6 billion in remuneration on recovered barrels and other development payments.

Back in August 2017, Lukoil was assured that the Oil Ministry would pay the US$6 billion that it owed the company expeditiously and that a higher compensation rate per barrel would be looked into as soon as was feasible. In addition, the Oil Ministry would allow the Russian company more leeway in its application of the terms of the Development and Production Service Contract for the West Qurna (Phase 2) Contract Area signed by Lukoil on 31 January 2010. This would allow for a more spread out field investment development program by Lukoil over the length of the contract, which was extended from 20 to 25 years, so lowering the average yearly cost to Lukoil anyhow. The Russian company, for its part, would invest at least US$1.5 billion in the oil field in the following 12 months with a view to raising production from the 400,000 bpd level to 1.13 million bpd, it was agreed.

More problems from the Russians’ perspective began almost as soon as the new agreement had been made, with delays in the re-payment of the US$6 billion owed to it by the Oil Ministry. Given this slippage on the deal by the Oil Ministry as far as Lukoil was concerned the Russian company decided not to pump at the full volume that it knew it could at that point, as it believed that it was not going to be paid for any extra efforts that it made. However, in November 2017 – just three months after the agreement of August – Iraq’s Oil Ministry found out that not only had Lukoil hit 650,000 bpd production over various extended periods in the previous two months but that it could sustain production of at least 635,000 bpd for the foreseeable future and was simply choosing not to do so for the economic reasons outlined above.

“At that point, the Oil Ministry agreed to extend the timeframe of the contract to 25-30 years, effectively reducing the daily cost of capital per barrel of oil recovered and to allow Lukoil the option of increasing its stake from the present 75 percent to 80 percent,” a source who works closely with Iraq’s Oil Ministry exclusively told OilPrice.com. “In return, Lukoil agreed to invest an extra US$1.4 billion in the short-term and a further US$3.6 billion down the line, depending on variables including OPEC quotas and the continued development of export capacity in the south,” he said.

Once again, though, another year or so went by with Iraq’s Oil Ministry unwilling and/or unable to meet its obligations under the terms of the August 2017 agreement and the November 2017 agreement. This prompted a visit in February 2019 to Iraq’s then-Prime Minister, Adil Abd Al-Mahdi, of no less a figure than Russian President Vladimir Putin’s Special Envoy to the Middle East and Africa, Mikhail Bogdanov. Given that on the one hand, Al-Mahdi was facing Putin’s man in the Middle East, and on the other he knew that he would have to account for whatever was said to the real leader of Iraq – Moqtada al-Sadr – after the meeting had ended, it is little wonder that the meeting was “very tense,” according to the Iraq source. “However, Russia wanted to safeguard what it had in southern Iraq to add to the central role that Rosneft had in Kurdistan and to prevent the Americans from pushing it out, and West Qurna 2 allowed it to show good faith to Baghdad, so the agreements of 2017 were reiterated and that is where the matter was left at that stage,” the Iraq source told OilPrice.com.

What changed from then was the recent withdrawal of several IOCs from Iraq, as highlighted by OilPrice.com. “Some of Lukoil’s senior management thought that the time would be right for a new attempt to force the Oil Ministry into honoring its previous promises to increase its per barrel compensation on the [West Qurna 2] field,” said the Iraq source. Even more specifically, according to a senior oil and gas industry source in Moscow spoken to by OilPrice.com last week: “Lukoil said that it was not making the 18.5 percent revenue per year from West Qurna [2] that it had expected and was only making around 10 percent per year and that this was not enough and the Iraqis had to make it better or it [Lukoil] would leave the field.”

The Oil Ministry’s response, however, according to the Iraq source, was to say that it was fine if Lukoil wanted to leave but that before it did so it would pay compensation in lieu of the upfront investment that it promised in 2017 and promised again in 2019 as it was not meeting the time-sensitive oil production targets that it had agreed to,” he said. “This compensation could run into hundreds of millions of dollars,” he added. “Not surprisingly, Lukoil has now said that it is staying and one of the company’s senior financial people has been summoned to Moscow for a meeting with Putin’s senior energy adviser to discuss what happened here,” he concluded.