WHO Should Butt Out of Russia’s Cigarette Biz -­ Health Official 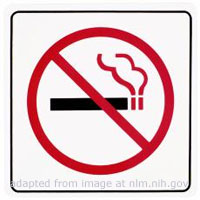 The head of the WHO office in Russia, Luigi Migliorini, had earlier expressed disappointment in lower than expected increase rates for tobacco excise in the country after 2016.

Migliorini wrote a letter to Health Minister Veronika Skvortsova suggesting that tobacco excise tax in Russia should grow sevenfold by 2020 to 90 euros ($120) per 1,000 cigarettes, bringing the average cost of a pack of cigarettes to 238 rubles ($7.40) from the current 46 rubles ($1.50).

“I strongly disagree with this suggestion. The sevenfold increase is unacceptable and when the WHO tells us to do so it is a wrong approach,” Gennady Onishchenko said in an interview with Echo Moskvy radio.

“We are not a country to be told what to do. We will raise the norms on our own,” he said.

Russia’s Health Ministry earlier said it would consider the WHO recommendations as well as suggestions by other experts in this area while working out its own approaches toward tobacco excise policies.

The WHO insists that steep tobacco tax hikes would allow Russia to cut the number of smokers while increasing budget revenues by 709 billion rubles ($22 billion) annually.

An anti-smoking law that bans smoking in public, including in government buildings, healthcare and educational facilities, cultural sites, sports stadiums and on public transport, came into force in Russia on June 1.

Last month, the Russian parliament’s lower house, the State Duma, began debating a bill imposing fines of up to 1,500 rubles (about $48) for smoking in public places.