What Does Russia Want In Afghanistan?

Controversy continues to mount over reports that Russian security officers allegedly offered bounties to the Taliban for the killing of U.S. troops in Afghanistan. 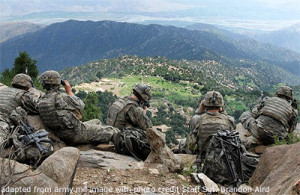 Though U.S. President Donald Trump tweeted that the intelligence reports were not deemed credible and the Kremlin and the Taliban have rejected reports alleging that officers of the GRU – Russia’s foreign military intelligence — either paid or offered money for killing American soldiers, questions continue to surround the charges.

Meanwhile, questions are being raised about the Kremlin’s true motives in the war-torn country.

Although no longer a direct neighbor, Russia shares a close recent history with Afghanistan. 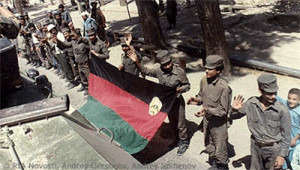 The Soviet Union’s fateful decision to invade its impoverished southern neighbor in December 1979 is ultimately seen by many to have contributed to the collapse of communism and disintegration of the U.S.S.R. 12 years later.

In the 1990s, a struggling Russia identified preventing terrorism, drug trafficking, and a spillover of the Afghan war into its Central Asian backyard as its main interests. It cooperated with and supported the anti-Taliban Northern Alliance to achieve these objectives.

The Kremlin welcomed the demise of the Taliban regime as a result of a U.S.-led military attack in late 2001, which was prompted by the September 11 (9/11) terrorist attacks against the United States.

“With regard to Afghanistan, Russia is guided by quite specific and pragmatic considerations of a strategic, political, and economic character, which, and this is fundamentally important, largely coincide with the real interests of Afghanistan itself,” noted Russian Foreign Minister Igor Ivanov in an op-ed in early 2002.

Why Did Russia Begin Competing With The United States In Afghanistan?

For more than a decade after 9/11, Russian President Vladimir Putin praised Washington and its transatlantic allies for taking on the “burden” of fighting terrorism in Afghanistan and urged them to “carry it to the end.”

But once major NATO combat operations ended in late 2014, the Kremlin moved toward undermining the U.S. mission in the country.

The shift was partly fueled by Putin’s desire to restore Russia’s great power status, but it was mainly due to competition with the West in Ukraine and later in Syria, where Russia joined Iran in defending President Bashar al-Assad’s regime.

By late 2015, Zamir Kabulov, Putin’s special envoy to Afghanistan, was openly touting contacts with the Taliban. He told Interfax in December 2015 that Moscow’s interests in Afghanistan “objectively coincide” with those of the Taliban in fighting the extremist Islamic State (IS) militants, whom Moscow was battling in Syria. Some Russian officials claimed the Kremlin was sharing intelligence and exchanging information with the Taliban against IS.

What Are Moscow’s Objectives In Afghanistan?

“The situation in Afghanistan has been one of the key items on our agenda with Washington since we launched the Russia-U.S. dialogue on counterterrorism in December 2018,” Russian Deputy Foreign Minister Oleg Syromolotov told Interfax in May.

He likewise celebrated the addition of the Afghan branch of IS, locally called IS Khorasan, to the UN Security Council’s sanctions committee’s list in May 2019 as a “good example of effective cooperation” with the United States.

Russia and China have backed Washington’s efforts to end the war in Afghanistan through negotiations between the Taliban and the Afghan government. Last month, the Russian Foreign Ministry celebrated a brief cease-fire on the occasion of the Muslim holiday Eid al-Fitr and called for “removing all obstacles to a comprehensive settlement of the Afghan problem.”

But Hameed Hakimi, a research associate with the Chatham House think tank in London, says Russia is now bent on cultivating its own patronage networks in Afghanistan to gain advantage over the United States and China.

“This is a departure from a brief period post-2001, U.S.-led military intervention in Afghanistan when there was a seeming convergence of interests between Moscow and Washington over ‘stabilizing’ Afghanistan,” he told RFE/RL.

Hakimi says Moscow is still worried about drug trafficking, the IS presence in Afghanistan, and threats aimed at its Central Asian allies. “It is also key for their wider regional influence over Central Asia, particularly Tajikistan, which shares a border with Afghanistan,” he said.

Is Russia Ready To Play A Larger Role In Afghanistan?

Russia’s covert efforts — including its limited assistance to Kabul and possible contacts with the Taliban — are unlikely to turn it into a major player in Afghanistan.

Unlike Ukraine or Syria, the current Afghan government and even the Taliban are unlikely to request or welcome a Russian military presence in Afghanistan as the failed Soviet occupation of their country is still too fresh in the collective Afghan memory.

For Moscow, funding another foreign military adventure at this time amid a growing coronavirus pandemic might prove too much.

“Russia is likely to play a limited direct role in either the arming or the funding — or both — of the Russia-friendly forces within the Afghan armed and political groups,” Hakimi noted. “But Russia is likely to remain a distant, albeit considerable, regional force in the ongoing problems involving Afghanistan with no appetite for a tangible direct presence [there].”

Marvin Weinbaum, a former intelligence analyst at the U.S. State Department, agrees. He says Moscow is looking to boost its influence in the wake of an eventual U.S. withdrawal.

“With an American disengagement, Russia recognizes an opportunity to exercise influence without incurring any major obligations in Afghanistan,” he told RFE/RL.

Is This Latest Controversy Integral To Shaping Afghanistan’s Future?

The controversy over the alleged Russian effort to foment Taliban attacks on U.S. forces in Afghanistan has highlighted the role of spoilers in continuing the four decades of fighting in the country. It shows the fragility of peace processes centered on diplomatic agreements and political bargaining.

Weinbaum argues that the controversy is significant for its effect on current U.S.-Russian relations but will have a limited impact on Afghanistan. “Aside from making cooperation between the two states more difficult in promoting the Afghan peace process, it has little meaning for shaping Afghanistan’s near future,” he said.

“Unless the Americans leave a sudden military and developmental-aid vacuum in Afghanistan, the impact of deteriorating U.S.-Russian relations will not be felt as strongly on the ground by Afghans,” he said.

“For Afghanistan to improve its relations with the Central Asian neighbors — particularly with Tajikistan — the ‘nod’ from Russia is important,” he said. “Afghanistan needs better regional connectivity and relations to ensure it can mitigate the next chapters of political and economic challenges.”

Hakimi cited peace talks with the Taliban, the further withdrawal of U.S. troops, and economic woes exacerbated by the coronavirus pandemic as immediate key challenges in shaping Afghanistan’s future.