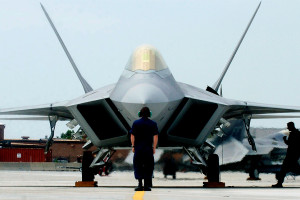 Jill Dougherty is an expert on Russia and the former Soviet Union. In her three-decade career with CNN she served as Foreign Affairs Correspondent, based in Washington, D.C.,where she covered the State Department and provided analysis on international issues.

The Russia File is happy to welcome Jill Dougherty as a guest contributor. This is her first piece for the blog.

Recently, I grabbed a taxi in Moscow. When the driver asked me where I was from, I told him the United States. “I went there once,” he said, “to Chicago. I really liked it.”

“But tell me something,” he added. “When are we going to war?”

The question, put so starkly, so honestly, shocked me. “Well, I hope never,” I replied. “No one wants war.”

At the office I ask a Russian employee about the mood in his working-class Moscow neighborhood. The old people are buying salt, matches and “gretchka,” (buckwheat) he tells me – the time-worn refuge for Russians stocking up on essentials in case of war.

In the past two months, I’ve traveled to the Baltic region, to Georgia, and to Russia. Talk of war is everywhere.

In Estonia, at the Lennart Meri security conference, we take a bus two and a half hours to the east of Tallinn, to Narva, a city on the border with Russia, for a discussion: “What is Narva Afraid of?” a variant on the geo-political debate: “Is Narva Next?”

The question, as any Russia-watcher knows, translates into: Would Russia invade and occupy this NATO member-nation, dispatching its tanks and troops across the bridge that separates Narva from the Russian city of Ivangorod, or, could it employ the tactics of hybrid war that it used in Ukraine?

Estonian officials I speak with doubt Russia would challenge NATO with an outright invasion, but something less clear, less defined, something harder for NATO to respond to? Perhaps….

Eighteen hundred miles to the southeast, in Georgia, another country that shares a border with Russia, I watch as Georgian military helicopters, trailing Georgian flags, fly low over Freedom Square, celebrating the 25th anniversary of the former Soviet Republic’s independence.

This former Soviet Republic is eager to join NATO, and already contributes troops to the joint operation in Afghanistan. Some of those troops have died in battle. But with two of its regions under Russian control, Georgia is unlikely to be approved for membership in the foreseeable future.

The Independence Day celebration, however, gives no hint of that. Under the hot sun on Freedom Square, Georgian, U.S. and British soldiers, just back from joint training drills, march in formation. When the festivities are over, parents and children curiously inspect an American M1A2 Abrams tank and a Bradley infantry fighting vehicle, fresh from the NATO “Noble Partner” exercise, which rehearsed quickly moving soldiers and equipment to counter “any potential future operation.” The word “Russia” is left unsaid.

On to Moscow, where “war fever” is at fever pitch. Here, there is no softening of language; NATO and the U.S. are the enemy and Russia must be ready for attack.

The government website Sputnik News blares the headline: “New Russian Bomber to Be Able to Launch Nuclear Attacks From Outer Space,” a story later found to be false.

But it’s not just sensationalist media that are fanning the flames.

Former Soviet President Mikhail Gorbachev complains that NATO’s rhetoric at its summit in Warsaw “simply howls about the effort to almost announce war against Russia.”

NATO, he told Interfax news agency, “talks about defense, but actually is preparing for offensive action.”

Russia’s envoy to NATO, Alexander Grushko, says that NATO’s “confrontational policy” is being built on a “mythical threat” from Russia. The alliance’s announcement that it is locating four new battalions on permanent rotation in Estonia, Latvia, Lithuania and Poland is proof, he says, that those countries “are being transformed into a bridgehead for military/political pressure on Russia.”

Russia, he says must respond to a “new security situation.”

“This is absolutely not our choice but, of course, from outside, everything necessary will be done to reliably ensure the defense capability of the country.”

“Not our choice” is now the bumper sticker of Russia’s foreign policy, a modern take on the Soviet Union’s “mir i druzhba” (мир и дружба) (“peace and friendship”) claim that it would never want war.

Now, as during the Cold War, it’s all the West’s fault.

At her Wednesday briefings, Russia’s Foreign Ministry spokeswoman, Maria Zakharova, lambastes the “demonization” of Russia. NATO, she claims, exists in a kind of “military and political looking-glass world,” reacting to a “non-existent ‘threat from the East.'”

“Are there specific examples of how Russia is undermining peace and order in Europe?” she asks. “What lies behind these words? Sweden claims that we are threatening them. The UK says we are a threat. NATO Secretary General Jens Stoltenberg says we are undermining peace and order. What are the specific examples? Show them to us – and we will work on them.”

In an interview widely quoted in the Russian media, foreign affairs expert and member of the Russian Foreign Ministry’s Foreign Policy and Defense Council, Sergei Karaganov, told the German magazine Der Spiegel that Western propaganda against Russia “is reminiscent of the period preceding a new war.”

“The help offered by NATO is not symbolic help for the Baltic states,” he said. “It is a provocation. If NATO initiates an encroachment – against a nuclear power like ourselves – it will be punished.”

President Vladimir Putin himself plays both sides against the middle, warning the West that Russia will have to “strengthen the potential of its strategic nuclear forces” in order to counter the United States’ missile shield, while at the same time insisting it’s the West, not Russia, that’s destroying the balance that kept the world from nuclear conflict during the Cold War.

During the St. Petersburg Economic Forum in June he tells the heads of international news agencies that the U.S. is lying when it claims its missile defense system will not threaten Russia:

“We know what’s going to happen, and they know that we know,” he told the group. “They’re just ‘hanging noodles on your ears’ (‘pulling the wool over your eyes,’) as we say, and you, in turn, broadcast it to your populations. People don’t feel the fear – that’s what worries me. How can’t we understand that the world is being pulled into a completely new dimension – that’s the problem. They pretend that nothing is going on. I don’t know how to get through to you anymore!”

President Putin’s dual-track approach, his unpredictability, is a useful tool, one Russian analyst tells me, keeping the president’s domestic and international opponents guessing as to what his next step will be. Will he reprise his “little green men” in another post-Soviet nation? Or will he play the role of peacemaker, urging the world to unite in fighting terrorism? Yet it’s precisely that unpredictability that makes the West nervous.

Back in Tallinn, the consensus among Russia-watchers at the Lennart Meri security conference is summed up by Fiona Hill, director of the Brookings Institution’s Center on the United States and Europe.

“We talk an awful lot now about our feelings of insecurity towards Russia,” she says, “but I think it’s a pretty obvious fact that the Kremlin is also running scared, and we really have to start to inspect why is that the case?”

The Kremlin is frightened about its grip on the political situation at home – and the geopolitical situation abroad. Russia is trying to deter the West in a very aggressive way because it realizes it is weaker – economically, militarily, and in terms of soft power.

The world, right now, is a very unstable place, for everyone, including Vladimir Putin.

As I browse in a Moscow gift shop, a t-shirt catches my eye: a buff-looking Vladimir Putin dressed in a black turtleneck and tight black pants, with the words “SAVE THE WORLD” in white letters across his image.

How? There’s no answer on this t-shirt and, in the real world, no magic prescription.

But all the talk of war isn’t as crazy as it seems, several Russians tell me. “They may not love us,” they say, “but they fear us.”