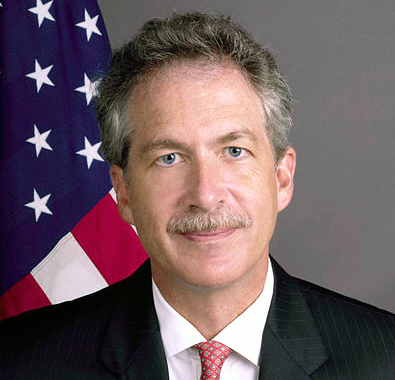 KYIV. Feb 26 (Interfax) – U.S. Deputy Secretary of State William Burns has said the United States is ready to cooperate with Ukraine on the road to holding free and fair presidential elections on May 25, 2014, the press service of the U.S. Embassy in Ukraine has reported.

He said that the United States looked forward to working with the new Ukrainian government and civil society to support free and fair presidential elections in May.

Burns also conveyed from U.S. President Barack Obama and Secretary of State John Kerry words of deep admiration for the courage and determination of Ukrainians in the face of the tragic violence last week.

He said that the United States strongly supported Ukraine on the road to stability, democracy and economic growth.

Burns said that the United States continued to strongly support the unity of Ukraine, its territorial integrity and healthy relations with all its neighbors, in particular with Russia.