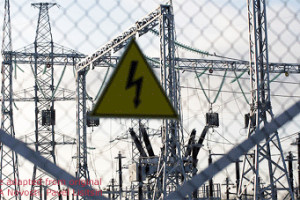 Ukrainian Energy Minister Volodymyr Demchyshyn is planning to prolong the electricity import contract with Russia that expires on 31 December 2015, the Interfax-Ukraine news agency reported on 20 October.

“We are planning to prolong the contract. Everything depends on further talks and contract conditions,” he said. Ukraine will need Russian electricity to meet peak demand for power, he explained.

Demchyshyn said it was inexpedient to stop electricity supply to Crimea from mainland Ukraine, Interfax-Ukraine said in another report on the same day.

“I believe that currently it is, perhaps, not entirely correct to suspend the power supply (to Crimea – Interfax),” he said.

A decision to do this could be made only “at the highest political level”, he said.

Demchyshyn also confirmed that the price of Ukrainian electricity suppplied to Crimea was increased to 3.95 roubles per kWh.

Speaking about cooperation with Russia on the construction of a nuclear power fuel plant in Kirovohrad Region, Demchyshyn said that the contract with Russia on its construction would be discontinued, Interafx-Ukraine said in another report on the same day.

Ukraine has “questions regarding the contract, the format of cooperation and the licensing conditions”, Demchyshyn said. Russia does not meet its obligations, just as in the case of construction of the third and fourth generating sets at the Khmelnytskyy nuclear power plant, Interfax-Ukraine quoted Demchyshyn as saying.