Ukraine has decried the lack of progress in NATO’s “open-door” policy to Ukrainian membership and said it could not comprehend why it wasn’t invited to the bloc’s summit next month. 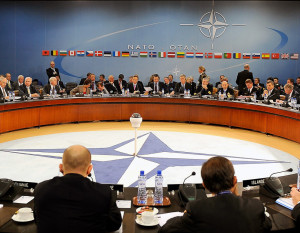 NATO meets on June 14 in Brussels in a push to improve transatlantic ties under U.S. President Joe Biden amid growing tensions with Russia.

“We understand the desire of the allies to hold a closed summit … but we do not understand how it is possible not to invite Ukraine,” Ukrainian Foreign Minister Dmytro Kuleba said on May 26.

President Volodymyr Zelenskiy earlier this month called on NATO to beef up its presence in the Black Sea region and asked Washington to back Kyiv’s bid for a NATO membership action plan at the summit.

Zelenskiy’s plea came as Russia earlier this year deployed more than 100,000 troops near the border with Ukraine and in occupied Crimea — the biggest mobilization since Moscow seized the Ukrainian peninsula in March 2014 and war broke out in eastern Ukraine.

The buildup prompted alarm in Western capitals over Moscow’s intentions amid an uptick in fighting between Ukrainian government forces and Kremlin-backed separatists in the country’s east. The conflict has killed more than 13,000 people since April 2014.

Speaking at a joint news conference with Helga Schmid, the secretary-general of the Organization for Security and Cooperation in Europe who was visiting the Ukrainian capital, Kuleba said Kyiv was grateful to NATO for its “constant confirmation of the open-door policy,” but added that not a single step had been taken to implement it.

At a 2008 summit in Bucharest, NATO said that Ukraine could potentially become a member in the future.

“When we in Ukraine are accused of too slow reforms, what can we say about the adoption and implementation of the decisions of the alliance, which have been covered with dust for 13 years?” Kuleba said.

But Ukraine still must “implement the … reforms necessary to build a more stable, democratic, prosperous and free country,” Price said.

With reporting by Reuters and AFP