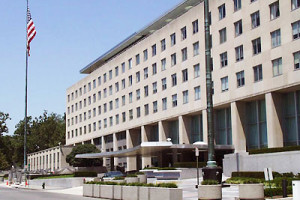 U.S. Secretary of State Antony Blinken says there will be “costs and consequences” for Russia for its allegedly malign activities against the United States.

“We will take the steps necessary to defend our interests” at the time of the U.S.’s choosing, Blinken said in a CNN interview that aired Sunday but was taped last week as he completed talks with other NATO diplomats in Brussels.

He said there was “a shared commitment” among Western allies to be “clear-eyed” about Moscow’s actions and hold the Kremlin accountable.

The top U.S. diplomat said officials “are in the process” of considering what sanctions or actions Washington plans to take against Moscow, and in consultation with other NATO countries.

“We are stronger when we can do it in a coordinated way,” he said.

While the U.S. and Russia agreed quickly to extend a nuclear arms control deal that was set to expire shortly after U.S. President Joe Biden assumed power, the U.S. is blaming Russia for other actions, including allegedly placing a bounty on U.S. troops in Afghanistan, meddling in the November election that Biden won and hacking into U.S. computer systems.

Blinken’s remarks in the CNN interview echoed those of Biden, who has taken a tougher stance against Russia than that of his predecessor, Donald Trump.

In an interview on ABC News two weeks ago, Biden said he considers Russian President Vladimir Putin to be a “killer.”

Biden said in the interview, “The price he’s going to pay, well, you’ll see shortly,” while adding that he, Biden, wants to be able to “walk and chew gum at the same time, and there are places where it’s in our mutual interest to work together.”

“That’s why I renewed the (arms reduction) agreement with them. That occurred while he’s doing this,” he said, apparently referencing Putin’s election interference efforts. “But that’s overwhelming, in the interest of humanity, that we diminish the prospect of a nuclear exchange.”

Russia has denied meddling in the U.S. election and orchestrating the cyber hack that used U.S. tech company SolarWinds to penetrate U.S. government networks. In addition, it has rebuffed reports it offered bounties to Taliban militants to kill U.S. troops in Afghanistan or tried to poison Russian opposition leader Alexey Navalny.

A U.S. intelligence analysis concluded that Putin likely directed a campaign to try to help Trump win a second four-year term in the White House.

It is not clear what actions Biden could be considering against Russia; but he could invoke any of several penalties, including freezing the U.S. assets of any entities found to have directly or indirectly interfered in a U.S. election or engaged in “cyber-enabled” activities from abroad that threaten U.S. national security.

In addition, a 1991 law allows the U.S. president to bar U.S. banks from lending to a country that used chemical weapons, such as is alleged in the Navalny case.