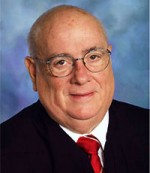 WASHINGTON, January 17 (RIA Novosti) ­ The United States government disagrees with a federal court’s decision to impose a $50,000-a-day fine on Russia for failing to comply with an earlier order to hand over religious texts to a New York-based Orthodox Jewish group, a US State Department spokeswoman said Thursday.

On Wednesday a federal judge in Washington ordered Russia to pay the fine for every day it fails to return the Schneerson collection of sacred Jewish books to the Chabad-Lubavitch Hasidic movement, which is headquartered in Brooklyn, New York.

While the United States supports the group’s “assertion of ownership” of the collection, it does not believe the ruling by Chief Judge Royce Lamberth of the US District Court for the District of Columbia is “appropriate in this case,” State Department spokeswoman Ariel Vaagen told RIA Novosti.

“We respectfully disagree with the court’s order imposing such fines against the Russian Federation,” Vaagen said.

The United States does not believe the fine will compel Russia to hand over the Schneerson collection, which consists of thousands of books and religious documents, Vaagen added. The texts were assembled by the Chabad-Lubavitch movement over two centuries prior to World War II in Belarus.

The United States has “offered diplomatic channels to help facilitate a solution, and will continue to work towards an amicable resolution to their dispute,” Vaagen told RIA Novosti.

Part of the Schneerson library amassed by Lubavitcher Rebbe Yosef Yitzchok Schneerson was nationalized by the Bolsheviks in 1918. About 25,000 pages of manuscripts fell into the hands of the Nazis and were later seized by the Red Army and handed over to the Russian State Military Archive. This part of Schneerson’s Library is now kept in the archive of the Lenin Library in Moscow.

The remaining part was taken out of the Soviet Union by Schneerson, who emigrated in the 1930s.

Since Schneerson’s death in 1991, leaders of the Orthodox Jewish movement have been trying to regain possession of the library, claiming it was illegally held by the Soviet authorities after the war.

In 1991, a Moscow court agreed to turn over the library to Chabad, but after the Soviet Union collapsed, the ruling was ignored.

The Russian government now says it wants to keep the archive for future scholars.

The Russian Foreign Ministry on Thursday called the US court’s ruling to impose a fine “absolutely unlawful and provocative” and “fraught with the most serious consequences.”

It is also “exterritorial and at odds with international law,” the ministry added.

Chabad’s legal team has said it would strive to enforce the ruling, including targeting the Russian government’s property in the United States under the US Foreign Sovereign Immunities Act, according to the Associated Press.

Vaagen said the United States does not believe the ruling to impose the fine is a “proper application” of the act. She directed further inquiries to the US Department of Justice, which declined to comment when reached by RIA Novosti on Thursday.

Seth Gerber, a lawyer for the Chabad, declined to comment when reached by telephone Thursday afternoon but said the movement would be releasing a statement later in the day.