The U.S. special envoy for Ukraine said the country’s new law on reintegrating its conflict-torn regions has “regularized” the country’s military operation against Russia-backed separatists, but doesn’t change anything on the ground.

In an interview on January 24 with RFE/RL’s Ukrainian Service, Volker also said the new law does not contradict the Minsk accords, a 2015 deal aimed at ending the fighting in eastern Ukraine that has killed more than 10,300 people since 2014. 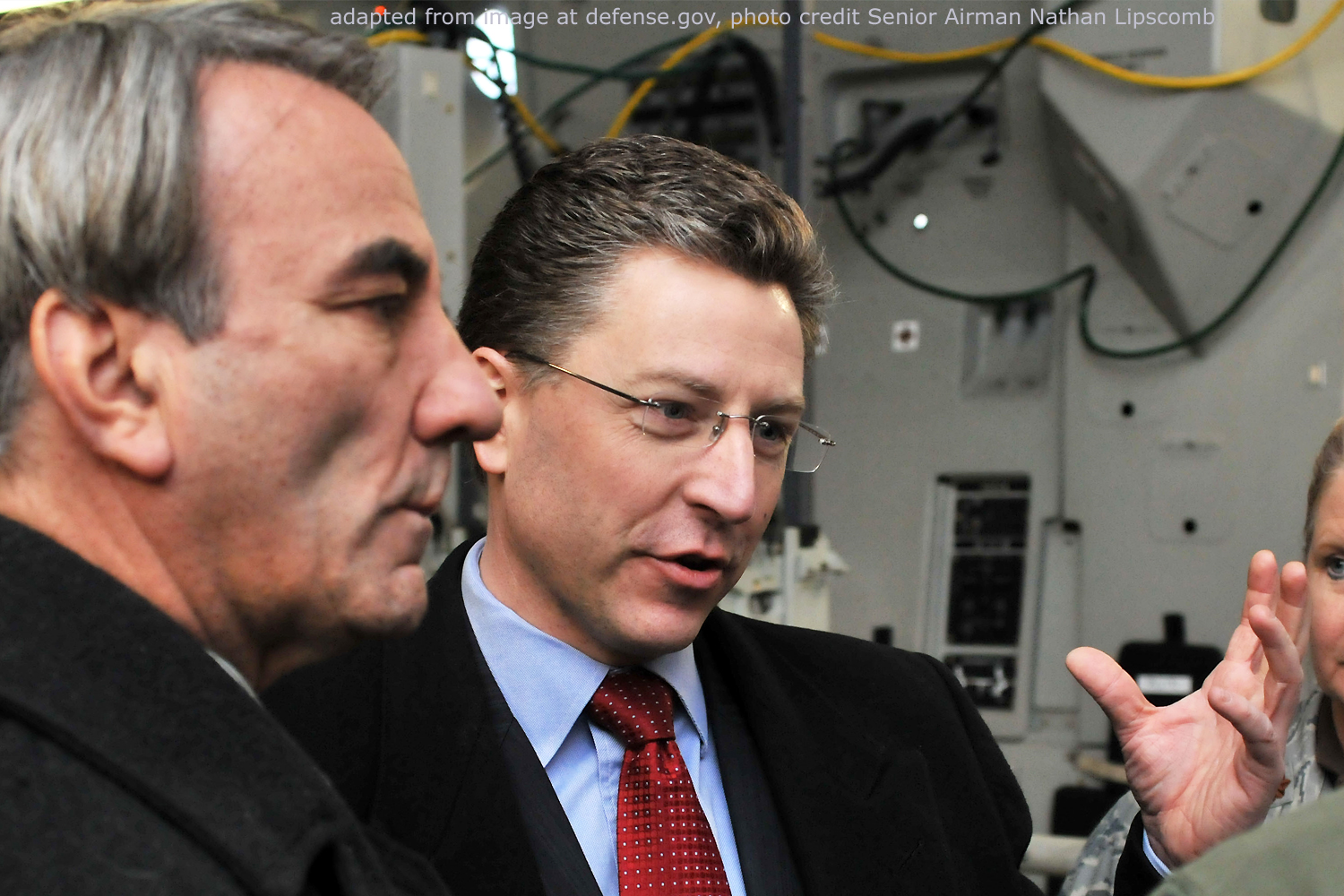 Volker, who was appointed in July as the U.S. special representative for negotiations to end the war, spoke two days ahead of a closely-anticipated meeting with Russia’s lead envoy on the dispute, Vladislav Surkov.

In his meeting with Surkov, set for January 26 in the Persian Gulf city of Dubai, Volker said he was planning to reiterate the U.S. position on the Ukraine conflict: that Moscow withdraw its forces and its “proxy entities,” allow for a UN peacekeeping force, help create security on the ground, and then help fulfil the Minsk accords.

“I think the Minsk agreements contain all the elements necessary for this to be resolved. What is lacking is not the content, what’s lacking is political will,” he said.

Among other things, the law labels Russia the aggressor in the nearly four-year-old conflict and labels the separatist-held parts of the Donetsk and Luhansk provinces — part of what is known as the Donbas — as “temporarily occupied territories.”

“I don’t think it changes anything on the ground. The situation is the same as it was,” Volker told RFE/RL. “It has been a Russian command and control of forces there. It’s not incorrect to call that at least informally an occupation invasion…. I don’t think that changes anything. It just is saying what we can see with our own eyes.”

In an earlier media roundtable held in Brussels, Volker said that Moscow’s military actions have “produced the opposite” of what he said was Russian President Vladimir Putin’s objective: maintaining a “Russia-friendly Ukraine” that is “part of Russia’s orbit.”

“That’s the irony because they have created the opposite” by “invading and taking over…territory” in Ukraine, he said.

“It has produced a Ukraine that is more unified, more nationalist, more Western-oriented than ever before,” Volker said, adding that the Kremlin does not “need to have this territory to pursue Russia’s objective.”

“This is an issue where people are still dying every week right on Europe’s doorstep, and it is involving Russia conducting warfare, taking territory by force, which is something that really challenges the basis of European security as a whole,” he said.

The United States and the European Union have imposed an array of sanctions on Russia over its March 2014 seizure of Ukraine’s Crimean Peninsula and its role in the war in eastern Ukraine.

In the coming days, the U.S. Treasury Department is due to release a report that is expected to name hundreds of Kremlin-connected insiders and business leaders who could later be hit with a fresh wave of U.S. sanctions.

In an article published on January 22, The Wall Street Journal cited unnamed U.S. officials as saying that if peace negotiations fail to make progress in the coming months, Washington plans to push for more economic pressure on Russia.

Volker said he supported a proposal to have a United Nations peacekeeping force deployed to eastern Ukraine. Moscow and Kyiv have argued whether the force should be allowed to patrol the two countries’ border, or simply the so-called line of conflict where the fighting has occurred.

“That would create time and space where the other pieces of Minsk could be implemented,” Volker said.

The last time Volker and Surkov met was in November. At that time, Surkov said that the U.S. side had presented 29 proposals on the peacekeeping plan but that Russia had found only three of them “acceptable.”

While in Kyiv, Volker also met with Poroshenko, whose office released a statement saying they discussed ways of “boosting international efforts to restore Ukraine’s sovereignty and territorial integrity” and voiced concern about Russia’s failure to fulfill obligations under the Minsk agreements.