Hillary Clinton has warned that should her opponent, Republican maverick Donald Trump win the U.S. presidential elections, “They’ll be celebrating in the Kremlin.” Is she right? And does this mean that a Clinton presidency would be perceived as a disaster in Moscow? 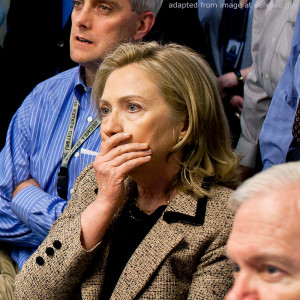 Addressing her faithful in San Diego on June 2, the Democratic Party favorite Hillary Clinton, to quote Breitbart News Network (a syndicated news and opinion website), “defined her hawkish foreign policy” in an apparent attempt to sharpen the differences with Republican presidential candidate Donald Trump for her electoral college.

In contrast to her Republican opponent who pledged not to “seek war or aggression” (“America First” speech at Washington’s Mayflower Hotel), senator Clinton did not exclude violent actions to disarm Iran, and pleased the military by supporting the presence of the country’s armed forces overseas to avoid what she termed a “vacuum” that would leave other countries free to dictate their will in global affairs.

Accepting any result with equanimity 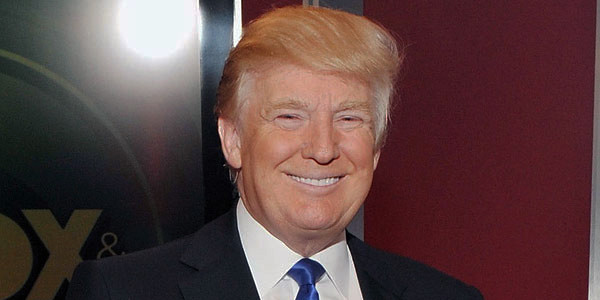 Meanwhile, the assumption that Moscow favors a Trump victory, which is based on the words of Putin about the GOP iconoclast (“[Donald Trump is] a really brilliant and talented person, without any doubt”), looks a little over-stretched.

When asked for comment on Clinton’s comment that should Trump win the U.S. election “They’ll be celebrating in the Kremlin,” Russian presidential spokesperson Dmitry Peskov looked surprised: “What would be the reason for the ‘celebrations’?” he asked.

Peskov went on to explain that Moscow would consider “the best” U.S. president the one that nets the majority of the votes of the American people despite the “peculiarities of the U.S. electoral system.

Despite early talk that Trump was Moscow’s preferred candidate, it seems that Kremlin and Russian political elites have not actually taken sides in the U.S. elections. They appear to be ready to accommodate any new face at the top in Washington for the mere reason that no one in Moscow has preserved illusions of bettering relations with the U.S. in the foreseeable future. And yet…

If Clinton is elected president, should Moscow forget about any kind of “reset” in the relationship and brace itself for a full-fledged Cold War that could even turn into a hot war? This was the view spelled out in a recent radio program by Mikhail Khazin, a well-known Russian economist with strong anti-Western political views.

However, Fyodor Voitolovsky, deputy director at the Moscow-based Institute of World Economy and International Relations at the Russian Academy of Sciences, was dismissed such doomsday forecasts as laughable in comments to RBTH.

“A war? With launching of nuclear missiles? Come on, let’s be serious! There is the rhetoric of the election trail. And there are realities on the ground. It is an enormous difference. The context of relations between Russia and the United States dictates a search for compromises, no matter what.”

– Do you believe that a President Clinton would be ready for compromises?

“First of all, it is more important that we are ready. Moscow has vast experience in dealing with all kinds of American presidents. We have dealt with Reagan and George W. Bush. The latter changed the tune in the course of engaging with Putin, as you know.

“Moreover, Hillary’s husband, Bill Clinton, while still president, was on good terms with the already-president Vladimir Putin. It all counts. Secondly, Hillary Clinton is an experienced diplomat and politician. This is a positive factor.”

So it seems hardly likely that a further worsening of bilateral relations might end up in an exchange of nuclear strikes.

The higher mathematics of geopolitics

Nevertheless, to press the point, if Hillary Clinton moves into the White House in a remarkable political comeback, will it spell doom and gloom for Moscow?

In comments made to RBTH, Vadim Kozyulin, a senior research fellow at the PIR Center, a Moscow-based independent think tank, suggested that Obama’s successor pursue a dialectical approach to U.S. foreign policy.

“In the time of the Soviet Union there was a popular myth with the political elite that American Democrats when they take power, unlike the American Republicans, are easy to deal with, and that they are more forthcoming. Each time the myth would be dispelled. Moscow struck deals and accords mostly with the U.S. administrations under Republican presidents.”

– Ergo, Donald Trump must be the preferred choice for Moscow?

“Not exactly. Trump, as I see him, is a person of emotions, lacking sophisticated knowledge and experience in foreign policy. He relies on his expertise as an entrepreneur. He is not shy to use force. So if he fails to achieve his goals, he might well resort to a power policy.”

– Is this not something that has been advocated openly by Hillary Clinton throughout her political career?

“That is correct. The former U.S. Secretary of State was instrumental in passing the decision on the military intervention in Libya. What’s more, she still does not consider it a mistake. She was unhappy with the withdrawal of troops from Iraq in the belief that a U.S. military surge would eventually pay off. Hillary Clinton seems to be always on a lookout for an overseas job to be done by the U.S. armed forces.”

– Does it make the acceleration of the current confrontation with Russia an inevitable repercussion should President Clinton move into the Oval Office in January 2017?

“Not necessarily. Hillary Clinton has been around for quite some time, and has learned to be pragmatic if not at times cynical. If harassment and bullying of Moscow does not produce tangible results, then sheer force would be either complemented or substituted with another strategy and tactics. After all, the American elites are mindful of the true value of Russia as a potential ally in the looming confrontation between the U.S. and China.”

Basically, what Vadim Kozyulin is saying amounts to an axiom: Nothing is linear in the higher mathematics of foreign affairs.

“I would suggest not to have either gleeful illusions about Donald Trump nor gruesome apprehensions about Hillary Clinton.”

True enough. Back in July 2015 Hillary Clinton made a telling remark: “…we have to be much smarter in how we deal with Putin and how we deal with his ambitions. I’ve dealt with him. I know him. He’s not an easy man … but I don’t think there is any substitute other than constant engagement.”

The intensity and format of “constant engagement” could vary but nonetheless it is a far better option, and both sides are aware of this.