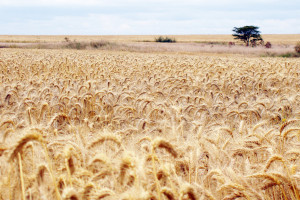 Mr Tkachev briefed the President on preparations for spring sowing campaign and the Ministry’s current work.

President of Russia Vladimir Putin: Mr Tkachev, we are nearly in the middle of March. Thus, a natural question is how have we prepared for spring sowing campaign? It usually involves three components: funding, fuel and lubricants, and fertilisers.

Agriculture Minister Alexander Tkachev: Yes, of course. Thank you, Mr President, for giving a great deal of attention to agriculture. In recent years – and I say this on every platform – unprecedented measures have been taken to support the agro-industrial complex. It has received about 237 billion rubles; we have not seen this level of support in 20 or 30 years or maybe even more.

Vladimir Putin: I know that you were hoping for more.

Alexander Tkachev: Naturally, we will get more done.

Vladimir Putin: Perhaps that’s the right way. But let’s talk about the issues that are relevant right now.

Alexander Tkachev: As far as the current situation is concerned, things are not bad. First of all, preparations for spring sowing campaign are fully underway. Naturally, we are fertilizing an enormous amount of land which is looking good – or at least, no worse than last year.

As for provision of resources, we are ahead of where we were last year for fuel and lubricants, equipment and fertilisers. So we are advancing at a good rate.

As for lending, the lending level is slightly higher than last year. Rosselkhozbank and Sberbank are working actively, and the lending volume is at almost 22 billion rubles. I think this pace will only increase.

It is fundamentally important for the money to arrive on time and, of course, in accordance with the simplified lending formula that is being developed today jointly with the Government. I am confident and hopeful that beginning on July 1, it will be used directly by agricultural producers.

Vladimir Putin: What about fertiliser, fuel and lubricants?

Vladimir Putin: You know, when I met with people working in agriculture on location, in the fields, so to speak, they were concerned about the price increase for certain types of fertilisers.

Alexander Tkachev: Following your instructions, we gathered fertiliser producers several times, talked with them nicely as well as issuing ultimatums, and in the end, we were able to come to an agreement that prices for the main types of fertilisers – ammophos and nitrate – will not grow faster than the inflation rate and, at the very least, spring planting will occur at a reasonable level, at a fair price.

Vladimir Putin: How do you define fair? After all, we initially agreed on a price, I believe, at the start of January.

Alexander Tkachev: The start of January, that’s right. Indeed, they are fulfilling those commitments.

Vladimir Putin: Is that so? I’m not mistaken?

Vladimir Putin: We will need to monitor this more carefully.

Alexander Tkachev: If fertiliser producers do not make concessions, as you said, we will implement export duties and, indeed, limit…

Vladimir Putin: Well, these were your suggestions, but it seems to me there is a possibility to come to an agreement with producers.

Alexander Tkachev: It is more advantageous for them to come to an agreement with us.

Vladimir Putin: And take their interests into account with regard to exports.

Alexander Tkachev: We are supplying only 18 percent to the domestic market. The rest is being exported.

Mr President, I already reported that we must certainly increase grain production. Our wellbeing depends on producing and exporting grains, because crop production is a fairly profitable component.

Vladimir Putin: How much of it went towards exports?

Vladimir Putin: And how much is in our reserves?

Alexander Tkachev: We have about 25 million tonnes in our reserves. This is a good, decent reserve. Moreover, I will say that we are using 20 million tonnes every year for food production, about 40 million for compound animal feed, ten million for seeds, to sow the next harvest, and 30 million gets exported.

Our challenge is to increase our yield, which means it is imperative to have more fertiliser and, naturally, to begin using new lands. Over the next 10 to 15 years, we can obtain between 15 and 20 million tonnes of grain. This is also our position for export.

I want to inform you that today we are exporting more than just grains, although that, too, is advantageous. Many companies are already beginning to export poultry, pork and beef. This is our future. Asian markets, the Chinese market, the Middle East – we are actively working in these markets. This is our future and our priority.

Vladimir Putin: We know that certain neighbouring countries are actively discussing the issue of using genetically modified products. Thus, this creates a certain threat to us. How does your Ministry view this problem?

Alexander Tkachev: We categorically oppose implementing GMO technologies. I feel that we have the opportunity to remain in the field of producing environmentally pure food products, and that will be the way of the future. The American market, the Chinese market and others do not shy away from using various chemicals and additives as they chase higher yields. And all this leads to polluting soil and, naturally, the food products. We already see that demand for clean Russian products is increasing, especially in China and Asia. I think that there will be great demand for our products. There is no doubt about this and our goal is to increase production.

Vladimir Putin: How do we shield ourselves?

Alexander Tkachev: I think, through the laws we already have, and our producers know the value of their products, so that we do not resort to these extremes in any event, these temptations in race for harvests and profits. I think that our products will be in great demand both within the country and beyond.

Vladimir Putin: Mr Tkachev, you know about several publicly stated concerns about milk production. What is happening in this regard, and how do you assess the situation?

Alexander Tkachev: We are currently introducing electronic certificates. I feel this is absolutely the right thing to do. Many countries around the world use such control measures. There is a great deal of adulteration, counterfeit and contraband on our market. It is imperative to regulate everything, to understand the place of origin and movement of goods. This will affect quality. This will only help honest producers. They all generally support this.

We also have those who do not want monitoring, so they could add palm oil to murky water or do something similar to line their pockets. But this is a European, global regulation, and I feel that we very much did the right thing in passing it through a Government resolution six months ago.

Vladimir Putin: It is important for all of these innovations to involve minimal bureaucracy and not to create a significant added burden for producers. Ultimately, this can and inevitably will be reflected in product prices.

Alexander Tkachev: We are monitoring this situation. I understand these threats. We will do our best to ensure everything is in order.