LONDON. Nov 12 (Interfax) – The boom in shale production will turn the United States into the world’s biggest oil producer by 2020, overtaking current leaders Russia and Saudi Arabia, the International Energy Agency said in its latest World Energy Outlook. Only a year ago the IEA was saying that Russia and Saudi Arabia would be the only candidates for […]

MOSCOW, November 8 (RIA Novosti) – Russia believes the West is reviewing its approach toward the Syrian opposition, Russian Foreign Minister Sergei Lavrov said in an interview published on Thursday. “I have the impression that over the past couple of weeks the Western stance on the Syrian opposition has been changing noticeably,” he said in an interview with RIA Novosti, […] 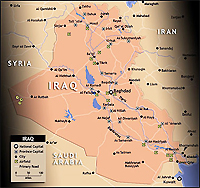 MOSCOW. Sept 28 (Interfax) – Sixty-two percent of Russians are aware of the Innocence of Muslims scandalous film released in the United States. Thirty-three percent of them have heard a lot about the film, and 6% are monitoring the situation closely, the Levada Center told Interfax. Thirty-nine percent of the respondents learned about the film in the poll of 1,601 […]