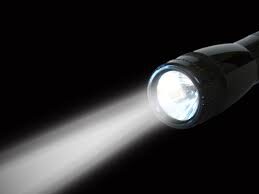 On February 2, Navalny’s supporters changed the tactics of their protest and organized mass events using switched-on flashlights. Many participants of that action were also detained.

More than 10,000 people were detained across Russia during the protests, sparking an international outcry over what rights groups and some Western governments called tactics of intimidation and the use of excessive force.

“Police officers used physical force, martial-arts methods, and special devices that are allowed to be used when it is necessary to prevent illegal activities and crimes,” Baranov told municipal lawmakers.

He added that during the dispersal of the unsanctioned rallies, “11 crimes were committed against law enforcement officers and five against citizens who had different points of view.”

After the January 31 protest, Amnesty International accused the Kremlin of “waging a war on the human rights of people in Russia” in a “desperate attempt to silence criticism.”

“All peaceful protesters and activists detained for peacefully participating in protests are prisoners of conscience and must be released immediately and unconditionally. Police must stop using unlawful force and instead uphold their obligation to protect the human rights of Russian people,” said Natalia Zviagina, the director of Amnesty International’s Moscow Office.

The rallies were held after Navalny, President Vladimir Putin’s most vocal critic, was detained at a Moscow airport on January 17 upon his arrival from Germany, where he had been recovering from a poison attack in Siberia in August by what several European laboratories concluded was a military-grade chemical nerve agent.

Navalny has insisted that his poisoning was ordered directly by Putin, an allegation the Kremlin has denied.

Last month, a Moscow court ruled that, while in Germany, Navalny had violated the terms of parole from an old embezzlement case that is widely considered to be politically motivated. Navalny’s 3 1/2-year suspended sentence from the case was converted to a jail term, though the court said he will serve 2 1/2 years in prison, given time already served in detention.

The United States and the European Union have imposed sanctions on Russia over the Navalny affair and its crackdown on protesters.

During the Moscow City Council session on March 10, lawmaker Yevgeny Stupin raised the issue of the some 40 journalists who were detained while reporting from the rallies, despite wearing yellow vests indicating that they were members of the press and documents confirming that they were reporters .

He also cited the journalists’ union as saying that Novaya gazeta reporter Yelizaveta Kirpanova was injured by police and that the camera of another reporter, Viktoria Odissonova, was broken during her detainment, but Baranov rejected the statement, saying that official “investigations did not reveal any injuries in any of the mentioned cases.”

Many of the detained protesters were either fined or handed jail terms of several days. At least 90 were charged with criminal misdeeds and several have been fired by their employers.

With reporting by TASS and Interfax