The Role of Russian Espionage in Re-Shaping the West

Arthur Martirosyan, a senior consultant with CMPartners, is a negotiation specialist with more than 25 years of experience in designing and implementing strategic dialogue processes in ethnopolitical conflicts in Eurasia, the Middle East, the Balkans and Africa.

Luke Harding, a journalist with The Guardian and a prolific author of books, mostly Russia-related, but also about Julian Assange and Edward Snowden, published his latest saga, “Shadow State: Murder, Mayhem and Russia’s Remaking of the West” as a sequel to his earlier text “Collusion: Secret Meetings, Dirty Money and How Russia Helped Donald Trump Win” (2017), before the release of the Russia report by the Intelligence and Security Committee of the U.K. Parliament (ISC). The primary goal of Harding’s book is to highlight the obvious to the nearly 50 percent of Britons, according to a recent poll, who believe that ­­­Russia messed with British democracy, including Brexit, the Scottish referendum and the general elections. But the ISC report, just as Robert Mueller’s investigative report, which Harding called a “historical miss,” came as a disappointment to Harding after British Prime Minister Boris Johnson in his response had refused to investigate the Kremlin’s meddling in the 2016 EU referendum for the lack of evidence.

“Shadow State” is one of those books that can be extolled by one political camp and dismissed as a “fake” conspiracy theory by another. Harding tends to the hypothesis that Putin controls both U.S. President Donald Trump and Johnson as stooges through money and kompromat. This hypothesis has generated hype and a significant body of circumstantial evidence, and Harding scrupulously presents every bit of it. One of the central pieces is the dossier on then-candidate Trump, compiled by retired British intelligence officer Christopher Steele. (Harding considers Steele to be “the most famous MI6 officer since James Bond,” even though two weeks after his book had been published, the U.S. Senate Committee on the Judiciary released declassified documents that raised further serious questions about the reliability of this controversial dossier.)

Throughout the 14 chapters and epilogue of the book, Harding employs a docu-thriller narrative on the role of Russian espionage in re-shaping the West. In the preface, Harding explains the value-add of his story about a dozen or so dramatis personae-from “the tourists” in Salisbury to Manafort’s aide Konstantin Kilimnik and the shady dealer-wheeler characters of Lev Parnas and Igor Fruman. He posits on the very first page, “if America is to push back Moscow’s aggression, it needs to understand its adversaries better.” Harding’s intention to understand adversaries is commendable. After all, in the field of strategy, be it chess or negotiation, this exercise in empathy remains crucial. But aside from a few minor details, I didn’t find anything in the book that has not been in the public domain, often extensively covered by media. For example, the troubled criminal teen years of Yevgeny Prigozhin, “Putin’s chef” and the mastermind and cash dispenser for the Internet Research Agency “troll factory,” is only a few clicks away, along with details on his family members, their properties and businesses, and even on the origins of his passion for exquisite Russian culinary delights. To add “color” to his docu-thriller, Harding devotes pages to providing the reader with a lengthy history of the building that houses the Russian military intelligence (GRU). The book’s excessive supply of such “colorful” information only clutters the understanding of the adversary for “pluralitas non est ponenda sine necessitate” (plurality should not be posited without necessity), as stated by the philosophical principle of Occam’s razor. 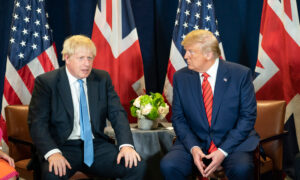 This brings me to the most critical point about the book. Instead of referencing sources for various claims and assertions, the author provides notes on sources on two and half pages at the end of the book. In addition to Mueller’s report, Harding mentions his own experience with individuals whom he describes as GRU spies and SVR operatives in Moscow; his contacts (none named) in Moscow from the days when he was The Guardian’s correspondent there; Russian émigrés in London-Boris Berezovsky (died in 2013) and his associate Nikolai Glushkov (died in 2018), Marina Litvinenko and a GRU defector (1978) Viktor Suvorov; “a wide range of expert sources in the U.S.” (none named, except George Papadopoulos, former Trump foreign affairs adviser); the Panama Papers; Bellingcat; Mikhail Khodorkovsky’s the Dossier Center; and journalists from the International Consortium of Investigative Journalists, the New York Times, Süddeutsche Zeitung and many other publications.

To give Harding credit, he poses some good questions, and one of them is almost invariably avoided in this discourse. If it is true that Russian President Vladimir Putin’s espionage was so successful, what does it say about the intelligence communities of the U.K. and U.S.? Harding is less concerned with the intelligence community of the U.S., comprised of 17 organizations with annual budgets of up to $70 billion. However, he believes the U.K.’s intelligence community was asleep at the wheel, and when they finally “reportedly” reported to Downing Street 10, the political decision from Prime Minister Theresa May, and later from Boris Johnson, was a “no” to further investigations. Another achievement of the book is the extensively researched London “laundromat” scene in the last couple of decades that has served as a fertile ground for espionage and active measures. These pages of the book fully resonate with the findings in the ISC report that the “Russian influence in the U.K. is ‘the new normal,’ and there are a lot of Russians with very close links to Putin who are well integrated into the U.K. business and social scene, and accepted because of their wealth. This level of integration—in ‘Londongrad’ in particular—means that any measures now being taken by the Government are not preventative but rather constitute damage limitation.”

Still, according to Harding, out of the failures of the intelligence community and politicians sprung a bright, rising star of open-source reporting: Bellingcat. The British “nerd army” took advantage of the digital revolution and has broken a number of GRU scoops. Yet, Harding admits that not all data used by Bellingcat came from open sources. Russian data bases with private information about Russian citizens were obtained through bribes and Russian corruption, the perennial weakness of the Russian state, and became an equalizing factor, Harding writes.

“Meanwhile, Russian markets sold CDs of mass official information: home addresses, car registrations, telephone directories and other bulk indexes. For $100 or so you could buy traffic police records. With the right contacts, and a modest cash payment, it was even possible to gain access to the national passport database. Paradoxically, this low-level corruption made Russia one of the most open societies in the world. Corruption was the friend of investigative journalism. And the enemy of government military secrets.”

Despite the fallacy of the incomplete evidence, Harding’s hypothesis is embraced enthusiastically by many. After all, it may very well be that for lack of direct evidence, the treasonous crime has gone unpunished. It will take time, but above all, political re-configurations in the U.S. and U.K. allowing new investigations to provide proof and refutations, to establish not the intent-which very few argue even in Russia-not the interference-which has been established-but the impact on political processes. This only means that the book will be in high demand for the foreseeable future especially among readers who are seeking data to confirm their conclusion that Putin somehow controls Trump and Johnson.

Article also appeared, with different images, at russiamatters.org/analysis/role-russian-espionage-re-shaping-west, with different images, bearing the notice: “© Russia Matters 2018 … This project has been made possible with support from Carnegie Corporation of New York,” with a footer heading entitled “Republication Guidelines” linking to: russiamatters.org/node/7406, which bears the notice, in part: