The Reasons And Risks Behind Russia’s Big Oil Bet

For years now, Russia has been laser-focused on insulating itself from an external economic shock.

It may have just sparked one.

In an unexpected move on March 6, Russia rejected a call by OPEC countries to further cut oil production in order to help prop up prices amid sagging global demand for energy due to the coronavirus.

The decision broke three years of cooperation under an arrangement called OPEC+ and stunned participants at a meeting in Vienna, not to mention some of Russia’s own oil executives — one suggested the move was “irrational” — and governments from the Middle East to the West. 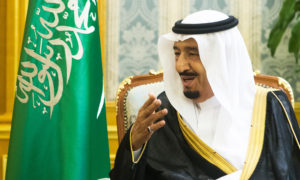 OPEC leader Saudi Arabia swiftly responded to the snub by announcing it is no longer obliged to hold back production, causing the largest single-day drop in the price of oil in nearly three decades and sending global stock markets and the ruble tumbling. Why?

One potential answer: President Vladimir Putin wanted to punish the United States by putting severe pressure on the U.S. shale-oil industry, which has sold millions of barrels of oil while Russian companies kept production down under the existing OPEC+ agreement.

“The Kremlin had decided that propping up prices as the coronavirus ravaged energy demand would be a gift to the U.S. shale industry,” Bloomberg News reported. The acerbic spokesman for Russian state oil giant Rosneft, Mikhail Leontyev, suggested that was at least one of the motives, telling the agency: “Let’s see how American shale exploration feels under these conditions.”

Rosneft CEO Igor Sechin, an old and close Putin ally, has long been said to be chafing under the existing OPEC+ production limits, and was widely seen as playing a role in the decision to reject further cuts.

Some analysts played down the idea that the Kremlin was out to get U.S. shale, however, saying that Russia’s coordination with OPEC+ was fragile to begin with and that Moscow and Riyadh had different views of the current volatility on the global oil market.

Whatever the reasons, it’s a risky move for Moscow at an uncertain time.

The oil price collapse stoked by Moscow’s move and concerns about the effects of the coronavirus on a slew of industrieswill hurt Russia’s economy in the short-term, and there is no guarantee that it can knock out U.S. shale in the long run, analysts said.

The United States has been a beneficiary of the high prices maintained by the OPEC+ output cuts over the past few years, overtaking Saudi Arabia and Russia — now Number 3 — as the world’s largest oil producer.

As the coronavirus ravaged the Chinese economy and hit others around the world, slashing oil demand, Saudi Arabia lobbied for OPEC+ to cut another 1.5 million barrels at the March 6 meeting in Vienna. Russia recommended maintaining the existing cuts. OPEC+ — a 24-member group consisting of OPEC nations plus non-cartel members like Russia — first agreed to oil production cuts in 2017.

Saudi Arabia’s announcement that it would hike production sent the price of U.S. crude oil tumbling by 25 percent on March 9 to a low of $30 a barrel. Prices gained back some of the losses on March 10 but were well under $40 for U.S. and the global benchmark, Brent Crude.

Some U.S. shale producers have a break-even price of $50 a barrel or above, putting them in a vulnerable position, said Chris Weafer, an energy specialist and founder of Moscow-based consultancy firm Macro-Advisory.

Oil producers in Saudi Arabia and Russia have lower production costs, enabling them to weather the price.

“There are three parties facing off against each other — Russia, Saudi, and U.S. shale — and it really is a case of who blinks first,” Weafer told RFE/RL.

Several analysts said that in the short-term, Russia is in the strongest position among those three players.

“The impact of this price crash on U.S. shale companies is going to be pretty devastating” in the short term and could result in a U.S. production decline in 2020, said Gregory Brew, a historian at Southern Methodist University in Texas focusing on energy politics and the Middle East.

Russian oil companies have some insulation. They are profitable at a $30 oil price, helped by a free-floating currency, and the budget is protected for years to come.

The Kremlin’s conservative fiscal policy over the past few years boosted foreign currency reserves to about $570 billion and driven down the price of a barrel of oil necessary to balance the budget from above $100 to below $50.

At the current ruble rate of nearly 75 to the dollar, the budget can balance at $40 per barrel, said Elina Ribakova, deputy chief economist at the Institute of International Finance in Washington.

Saudi Arabia’s budget break-even oil price is closer to $85 and its foreign currency reserves have been declining amid a massive state spending program.

Riyadh not only faces budget pressure, but potentially investor pressure to cut production to keep the market stable, Sarah Ladislaw, a senior vice president at the Washington-based Center for Strategic and International Studies, said in a March 9 note.

Riyadh recently sold shares in state oil company Saudi Aramco, raising $25.6 billion in the world’s largest initial public offering. The shares are now below the price the investors paid for them.

But the U.S. shale industry has shown resilience in the past and is likely to do so again, analysts said. Low oil prices lead to consolidation, which should make companies more competitive in the longer term, Brew said — the opposite of what Moscow may be angling for.

Saudi Arabia failed to achieve the goal of shuttering the U.S. shale industry several years ago: The producers improved their efficiency in response to price pressure, driving down their own production costs.

Unlike large onshore or offshore oil fields that can take years to develop, shale fields can start producing in weeks, said Rauf Mammadov, an energy analyst at the Middle East Institute in Washington. And the biggest U.S. oil companies, which are less vulnerable than smaller outfits, are investing more into shale.

“It will not impact the shale industry in the long run,” Mammadov told RFE/RL.

Meanwhile, the impact of the oil price drop is being felt globally, including in Moscow.

Russia’s already slow-growing economy could potentially contract this year if oil prices stay low for the rest of the year, said Ribakova. She previously forecast growth of more than 2 percent in 2020.

Russia is losing $100 million to $150 million a day at an oil price of $40 rather than $60, said Leonid Fedun, the billionaire vice president for strategic development at Lukoil, Russia’s second-largest oil producer, which is not state-owned.

Fedun called the collapse of the Russia and OPEC+ agreement “very unexpected, irrational.”

That’s not the view at Rosneft, though. Sechin was the driver behind the Kremlin’s decision not to agree to additional cuts, Weafer said.

In June, Sechin accused the United States of using sanctions against energy-producing nations to make room for U.S. domestic production.

The United States has angered the Kremlin by imposing sanctions on Russian Baltic Sea export gas pipeline Nord Stream 2, delaying its completion indefinitely, and by slapping penalties last month sanctioned a trading arm of Rosneft for doing business in Venezuela.

In 2019, the United States supplied oil to Russia’s western neighbor Ukraine for the first time — as Kyiv seeks to reduce reliance on Moscow amid a continuing war with Russia-backed separatists in its east — while Belarus has inquired about purchasing U.S. oil as it seeks alternatives to Russian crude.

Rosneft will increase production by 300,000 barrels a day following the exit from the agreement with OPEC+, Bloomberg reported, citing unidentified company officials.

Mammadov questioned the notion that Russia is targeting the U.S. shale industry.

The abundance of global supply, while largely driven by the United States, is also due to greater output from Canada, Brazil, and other non-OPEC countries, some of which have high-cost production and will be impacted, he said.

“This is more the outcome of the failure of the negotiation rather than a premeditated strategy or tactic” to crush U.S. production, Mammadov said. “There are too many global unknowns at the moment and that is the reason why Saudi Arabia and Russia could not agree on cuts.”

If the spread of the coronavirus retreats globally, leading to a pickup in economic activity and oil demand, the tensions between Russia and Saudi Arabia will ease as the question of greater cuts subsides, Mammadov said.

Another factor potentially limiting the depth of the price war is the Kremlin’s determination to maintain the political influence it has achieved in the Middle East in recent years, Weafer said.

That greater influence was on display in October 2017 when Saudi Arabia’s King Salman traveled to Moscow, the first-ever visit by the nation’s leader to Russia.

“The Kremlin will want to try to get back to the negotiating table because the political relations” with Saudi Arabia are “very important,” Weafer said.

[featured images are file photos from other occasions or locations]