AUDIO: “Teddy Goes to the USSR” 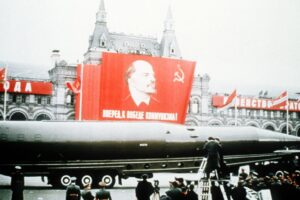 I have a 6-part audio documentary called Teddy Goes to the USSR coming out on May 30. Would you be willing to list the trailer in an upcoming JRL?

Here’s some text and a link to the trailer: anchor.fm/sean-guillory/episodes/Trailer-2-Teddy-Goes-to-the-USSR-e1ijo5a/a-a7ug7ap

Americans believed the Soviet Union was cut off from the West. Nothing went in. And very little came out. Yet, tens of thousands of Americans visited their Cold War rival annually. What did they find behind the Iron Curtain? SRB Podcast host Sean Guillory (srbpodcast.org/) has produced Teddy Goes to the USSR, a new six-part podcast series follows one such American, Teddy Roe, to shine light on Soviet tourism, police surveillance, consumerism, race, and everyday life through his extraordinary three-month trip to the Soviet Union in 1968.