Serebrennikov says has no way of hiding abroad 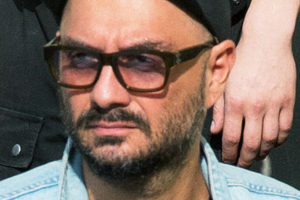 MOSCOW. Sept 4 (Interfax) – Theater producer Kirill Serebrennikov, who is charged with stealing 68 million rubles provided from the budget for the Platforma project, has said he has no way of hiding from investigators.

“I have no way of running away or hiding, let alone [doing] anything else at this moment,” Serebrennikov said in the Moscow City Court on Monday.

“The Platforma project was a unique global experience, I gave it 200%. I am a filmmaker, not a financier. I want to make art. I also want to thank all those people who are making requests for me, these people have faces,” Serebrennikov said.

Serebrennikov said he believes he has been framed.

“The charges against me are fabricated, absurd, and false. It’s horribly unjust and absurd. I am an honest man who has only made art, I lead a modest life,” he said.