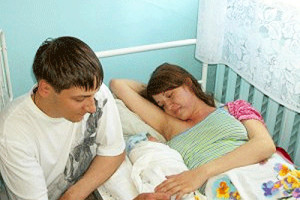 Russia’s birth rate is still increasing, despite the country’s ongoing economic crisis, a report by the Institute for Social Analysis and Forecasting revealed Thursday.

The number of births in the first half of 2016 increased by 1.6 percent compared to the same period last year. The children were conceived in the second and third quarters of 2015, when the effects of economic stagnation “had already made themselves felt,” the report said.

Increasing Russia’s birth rate has been a national priority since the collapse of the Soviet Union, with the number of deaths outstripping the number of births every year between 1991 and 2013.

Experts initially feared that Russians would delay having children as they felt the pinch of the economic crisis in 2014, triggered by falling oil prices.