Russians Identify with Putin to Cope with Unpredictability He Causes, Moscow Psychologist Says 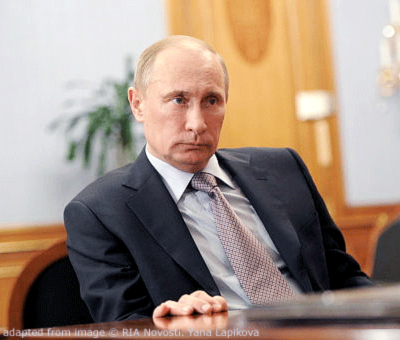 The overwhelming support Russians currently give to Vladimir Putin has less to do with approval of his policies than with their need to find a way to cope with the unpredictability and sense of powerlessness his regime and the world around them have produced, according to Marina Arutyunyan, a Moscow psychologist.

Just as was the case under Stalin but was not in Brezhnev’s times, Russians today feel their world lacks predictability and that in turn leads them, on the one hand, to a depressed state of powerlessness and, on the other, to identification with the aggressor who has created that situation, she says (meduza.io/feature/2015/03/23/ya-chuvstvuyu-sebya-rossiey).

“When aggression is equated with force and you have no choice or so it seems,” she says, “then this identification with aggression is a mechanism very much in evidence. By identifying with hatred and anger, you as it were [feel that you have become] stronger.” Of course, she adds, “this is an absolute fiction, but psychologically, it makes life easier.”

That is what is going on among the overwhelming majority of Russians today, she continues, noting, however, that there are some Russians who are not doing so. But to the extent that they do not, they find themselves in increasing psychological difficulties because they want to negotiate with the authorities, but the authorities have no interest in doing.

One response of the sense of powerlessness and depression is emigration. Another is the displacement of aggression onto those one can attack with relative impunity, a trend that explains the rise in the level of aggressiveness in interpersonal relationships in Russia of all kinds. But internal emigration of the kind that existed in late Soviet times isn’t possible, she says.

The reasons for that conclusion are two-fold, Arutyunyan continues. On the one hand, those who want to separate themselves from the rest of society have to find a consensus among themselves, something they were able to do in Brezhnev’s time because people in this category agreed about what they were opposing.

And on the other, the hostile surrounding world needs to be relatively predictable. That was the case under Brezhnev, but it is not under Putin; and that makes it extremely difficult for groups to form and survive because they are under constant threat of being pulled apart by changes in the surrounding society.

Autyunyan insists that she “does not want to say that convictions do not have significance,” but the psychological state that Putin has created and in which Russians today live “is also very important.” When people feel suppressed and powerless, it is “very easy” for them to become angry, and they need a target for that anger.

As Theodor Adorno showed after World War II in his studies of authoritarian societies, the Moscow psychologist points out, that is something authoritarian rulers have always understood and been ready to provide because, by providing an explanation for their populations that eases the latter’s psychological state, it generates support for themselves.

For extended periods, such a strategy can be effective, but ultimately it is doomed to fail because it does not address the underlying problems people face or allow them to re-acquire the sense of efficacy and a feeling of predictability which allow them individually and collectively to act in a mature and self-confident manner.