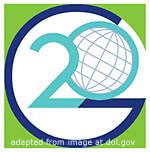 (RIA Novosti – June 17, 2013) The revelations about eavesdropping on foreign delegations during a G20 summit in the UK in 2009 could seriously affect international relations, a Russian senator said on 17 June, although another believes they will have only a limited impact.

“The Russia-US reset was called in 2009, while at the same time US intelligence was listening in on Dmitriy Medvedev’s telephone conversations,” Igor Morozov, a member of the Federation Council’s international affairs committee and a former external intelligence officer, told RIA Novosti news agency. “So how can we have faith in Barack Obama’s talk of a new reset? Is US intelligence now going to move with the times and start spying on Vladimir Putin?”

All this “throws much doubt on Obama’s sincerity”, he said, adding that he thought The Guardian would not have published the story if there was nothing to back it up.

“This is not just inhospitable but behaviour that could seriously complicate relations between states,” Morozov said.

But his fellow senator Viktor Ozerov, chair of the Council’s defence and security committee, played down the revelations. “Russia should not just accept this as something taken for granted but nor should we dramatize the situation,” he told RIA Novosti. “This is what intelligence services exist for, to keep an eye not just on individual citizens but also top state officials.”

The lesson to be drawn is never to forget about security, he went on. “We need to draw our conclusions and be more careful protecting our communications so that classified information is as secure as possible and cannot end up in someone else’s hands.”

That eavesdropping by the US intelligence services takes place is “a matter for their conscience” and the fact that it has become public knowledge betrays a lack of professionalism, Ozerov added.

The lack of similar revelations about Russian intelligence is evidence that they do not go in for this kind of thing, a commentator told Ekho Moskvy radio. “The West carried on this ‘secret war’ … after 1991 whereas Russia quite clearly moved on to a new way of working,” Alekandr Kolpakidi, described as an intelligence services historian, said. “There hasn’t been this kind of scandal on our side,” he continued, but that, as Ekho Moskvy quoted him as saying, is because “the standard of professionalism of Russia’s intelligence services is much lower than it was in Soviet times”.

Two members of the lower house of the Russian parliament, the State Duma, were more sanguine than their counterparts in the Federation Council.

Officials should be taking the necessary precautions, Leonid Kalashnikov of the Communist Party and the international affairs committee told Ekho Moskvy radio. “Many functionaries are absolutely useless when it comes to security although our intelligence officers do tell them that Skype is not a very secure medium for conversations in the line of duty,” he said. “But they’ve followed Medvedev’s liking for the iPhone, they’ve picked it up from him. Officials often buy these things for business trips but don’t have them checked out, and they’re probably the ones being listened to.”

And Robert Shlegel, a Duma member for the ruling One Russia (United Russia) party, tweeted as follows: “If your country is hosting a G20 summit and your intelligence guys are not trying to monitor everyone taking part, then they need to be sacked.”