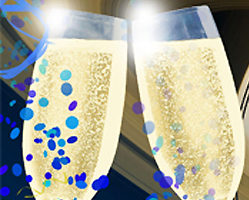 Russians should spend more time at work if they want to be successful, the head of Rostrud, Russia’s Federal Labor and Employment Service, says.

Next year, Russia will have 28 official national holidays. They include 10 days in early January when Russians celebrate the Orthodox Christmas and the country traditionally grinds to a standstill.

Asked whether he thought Russia should introduce a holiday in honor of professionals in the crypto-currency industry, Rostrud head Vsevolod Bukolov told the state-run TASS news agency: “I think we already have many celebrations, and I would advise everyone to spend more time on work.”

“The more we work, the sooner we’ll achieve success.”

Russia already has special days for prosecutors, veterans, professionals in cartography, tax collectors and weather forecasters, among other professions.

According to official guidelines, a profession needs to have existed for at least 15 years before it qualifies for a special day.

Bukolov’s comments were criticized by those who argue Russians need to be more efficient in the workplace – rather than spend more hours behind their desk.

“It is unclear what people are doing for about 20 to 30 percent of the day,” Pyotr Pushkaryov, an expert at GK Teletrade, a financial consultancy, was cited as saying by the Moskovsky Komsomolets tabloid. “The work should be organized, people should work together, there should be clear work division and a good atmosphere.”

Data compiled by the Organisation for Economic Co-operation and Development shows that, with an average of 1974 hours spent at work per person per year, Russians outwork the Germans or French.