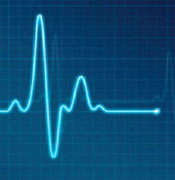 Following an extravagant opening ceremony, with ticket sales reportedly exceededing one million … the Sochi Winter Olympics seem to be going smoothly, but controversy persists. Meanwhile Moscow is not seeing a hoped-for influx of tourist in connection with the Winter Olympics.

Russians seem to be uniting around the Sochi Winter Olympics, producing political benefits for Russian President Vladimir Putin. Russians are proud of the Sochi games thus far, although a star skater is having to sit out, and the Sochi Olympics are a major test for Russian men’s ice hockey.

RIA Novosti declares that Americans’ opinions of Russia and Putin are htting a 20-year low. According to PRI, McFaul said that, for their part, Russians have a ‘schizophrenic’ view of the United States.

Obama’s aspirations for a “reset” in U.S.-Russian relations appear to face an “iciness” reminiscent of the Cold War.

The Kennan Institute’s decision to close its Moscow Office is being lamented by observers.

The coldest city in Russia featured an outdoor kissing marathon in frigid temperatures. And Russian facebook users are inserting the ‘love’ emoticon on Facebook more than any other.Yet according to a poll, many Russians are unwilling to see their first love again.

The Sochi Olympics are playing out against a backdrop of what the Economist calls a crackdown on Russia’s media.

However, the TV channel reportedly will not be suing the cable operators that are dropping it.

Perhaps sending mixed messages on Ukraine, Russia accuses the EU of seeking a Ukraine “sphere of influence,” Voice of Russia argues that the West is playing a geostrategic game in Ukraine, with the United States leading the way, and the Russian Foreign Ministry is taking “potshots” at the West for “meddling”… even as Russia is claiming that it wants to seek common ground with the West. Meanwhile, Russian Foreign minister Sergei Lavrov says that Russia itself wants to be a mediator in Ukraine

RAPSI reports that all detained Ukrainian protesters have been set free.

Business New Europe reports on a poll indicating that Russians are “appalled” by the Maidan activists. And Ukrainian President Viktor Yanukovych is demanding an investigation into the killing of a Ukrainian judge.

The Kyiv Post has posted a “Guide To EuroMaidan“.

Meanwhile, one commentator argues that Ukraine symbolizes where the world is now.

Commentators are warning that there will be an increase in ethnic violence.

Meanwhile the Kremlin is finding ways to exert greater control on municipalities.

The New York Times looks at a Russian protest zone “where almost no one registers a complaint.”

Only one NGO has registered under Russia’s Foreign Agent Law.

The Russian central bank will hold rates steady, but warns that rates might rise if inflation accelerates.

Russians are pessimistic about whether their their financial standing will improve, even as some commentators look to human capital to be a key driver for of development.

The Business community is said to have input on Russian “de-offshorization”. Within Russia, there are aspirations of Special Economic Zones spurring investment beyond Moscow.

According to sources, Russia and NATO are planning a joint naval operation in the Mediterranean to facilitate the destruction of Syria’s chemical weapons.

Russia reportedly also is calling for the Syrian opposition to fight terrorism.

Meanwhile, Putin is promoting closer Russian ties with Egypt and the relations between Persian Gulf nations and the United States are examined.

It has been 25 years since the USSR pulled out of Afghanistan.