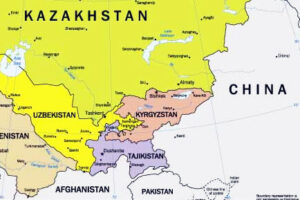 Tajikistan has asked a Russia-led alliance for assistance in dealing with security challenges as the United States pulls out of its southern neighbor Afghanistan and Taliban forces advance.

Speaking to the Permanent Council of the CSTO, Tajikistan’s representative Hasan Sultonov, asked member states Wednesday to “do their part” to aid the country, citing a 2013 resolution by the alliance to provide necessary support to secure the Tajik-Afghan border.

Following Sultonov’s request, Russian Foreign Minister Sergei Lavrov on Thursday reiterated Russia’s allyship with Tajikistan, adding that “if there is an attack on Tajikistan, this will of course receive immediate attention from the CSTO.”

Speaking Thursday at a lecture at Far Eastern Federal University in Vladivostok, Lavrov noted that the threat of terrorism in Afghanistan would only grow as a result of the American withdrawal.

Asked if Russia would consider deploying troops to Afghanistan, Lavrov said the answer was “obvious.”

“We are closely following events in Afghanistan, where there is a tendency towards sharp deterioration, particularly in the context of the hurried exit of U.S. and other NATO forces,” he added.

Lavrov earlier this week said Russia was prepared to activate its military base in Tajikistan, where about 6,000 Russian troops are deployed, to defend against threats to its ally.

The security situation along the remote, mountainous Afghan-Tajik border has deteriorated in recent weeks as U.S. forces quit the region, with over 1,000 Afghan soldiers fleeing north into Tajikistan this week as the Taliban captured dozens of northern districts.

Russian Deputy Foreign Minister Andrei Rudenko said last month that up to 70% of the 1,400-kilometer border has come under Taliban control.

On Thursday, the state-run RIA Novosti news agency reported that militants planted their flag on a bridge spanning the Panj River, which forms a significant part of the border.

While U.S. President Joe Biden has set a Sept. 11 deadline for a full withdrawal of U.S. troops, two unnamed officials familiar with the matter told Politico that the withdrawal is “essentially complete,” with only about 600 troops remaining in the country.

Russian officials have warned that a full U.S. exit from Afghanistan — where it has been fighting Islamist forces for nearly 20 years — would spark regional instability and derail peace talks.

U.S. experts have also voiced fears of a power vacuum. On June 23, the Wall Street Journal published details of a U.S. intelligence community assessment predicting a complete collapse of the Afghan government “as soon as six months after the American military withdrawal from the country is completed.”