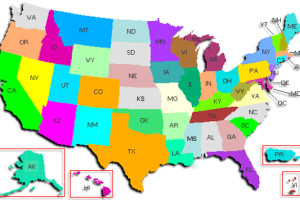 Russians are more likely to have a positive view of the United States than view it negatively, according to a new independent survey published Thursday.

According to Levada, 45% of Russian respondents said they view the U.S. positively compared with 42% who view the U.S. negatively. Another 13% did not answer.

“For the first time since July 2018, the share of respondents who view the U.S. positively exceeded the share of those who view it negatively,” Levada said.

Russians’ attitudes toward the U.S. have improved significantly since spring 2021, when just 31% said they held a favorable view of the country.

Levada also saw Russians growing more positive toward the European Union, with favorability growing from 38% in May to 48% in November. The EU’s unfavorable rating has also decreased from 45% to 38% over the same period.

This change in attitudes comes amid heightened tensions between Moscow and Washington, with the U.S saying it fears Russia could be ramping up to invade Ukraine early next year.

Russia denies planning an invasion and accuses U.S.-led NATO of threatening its security with eastward expansion and weapons deployment near its borders.

Levada conducted the survey among 1,603 adults across 137 Russian towns and cities between Nov. 25-Dec. 1.