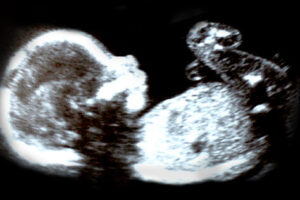 President Vladimir Putin has urged the government to improve abortion prevention strategies in an effort to reduce the number of terminated pregnancies and offset Russia’s population decline.

Putin’s order was made public days after Poland’s top court deemed abortions performed in cases of fetal defects to be unconstitutional. For Poland, which already had some of Europe’s strictest abortion laws, the decision amounted to a near-total ban on the procedure, sparking mass protests in over 150 Polish cities.

Improving access to legal, psychological and medical assistance through the maternity insurance program is outlined in Putin’s order as a key measure expected to dissuade women from abortion.

Russia, which has one of the world’s highest abortion rates, has named abortion reduction as one of its key demographic policy priorities. In the past five years, pregnancy terminations have decreased by nearly 30%, Deputy Health Minister Oleg Salagai said Tuesday.

Russia’s efforts to improve abortion prevention have largely failed to revert its looming demographic crisis, however, with the country’s population predicted to decline by 352,500 in 2020 compared to a decrease of 32,100 in 2019.

Russia has one of the world’s most liberal abortion laws, with most procedures performed at no cost under the mandatory state health insurance program. Terminating a pregnancy is allowed up until the 12th week, with abortions at later stages only permitted if the pregnancy was a result of rape or for medical reasons.

The Russian Orthodox Church and conservative lawmakers have pushed for an end to state-funded abortions in recent years.

Women’s rights advocates have voiced concern over Russia’s move toward tighter restrictions after the government introduced a mandatory waiting period between the abortion request and the procedure itself in 2011. Some Russian regions also require women to undergo counseling with a priest or a psychologist before the procedure can be performed.