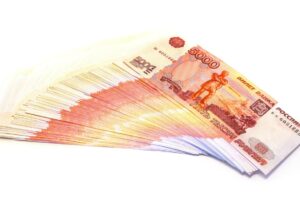 Russian President Vladimir Putin has called for one-off cash payments to be awarded to Russia’s pensioners and military service personnel in a highly anticipated pre-election move.

Speaking at a meeting with delegates of the ruling United Russia party, the president called on his lawmakers to pass legislation for a 10,000 ruble ($135) payment to pensioners, and a 15,000 ruble ($200) bonus to those in the military.

The announcement comes just four weeks before parliamentary elections, in which United Russia is aiming to secure a two-thirds majority of seats in Russia’s State Duma. But the party’s popularity is hovering around all-time lows off the back of the coronavirus crisis and economic stagnation which has hit living standards.

The payouts, expected before the end of the year though after the election, will benefit more than 47 million Russians — or more than 40% of those eligible to vote in the September polls — and cost close to 500 billion rubles ($6.75 billion), Sberbank analysts estimated.

Pensioners have traditionally been the bedrock of support for Putin and the United Russia party, although a controversial decision to raise the state pension age in 2018 triggered nationwide protests and dented that relationship.

Economists also said the stimulus payments, which Putin said were directed towards pensioners because they are feeling the effects of inflation most sharply, could result in further modest price rises. Sberbank analyst Anton Stroutchenevski said he expects the extra cash will result in a 0.9% boost in consumption and could add 0.2 percentage points to inflation, which is running at a five-year high.