RUSSIALINK: “Having an Honest Business Is Not Possible in Russia, Majority Says” – Moscow Times

A majority of Russians say that doing business in the country without breaking a few rules is impossible, according to a newly released state-funded survey.

The poll was carried out a day after Michael Calvey, a U.S. citizen and one of the biggest private equity investors in Russia, was detained on suspicion of embezzling $3.7 million. Senior figures in the pro-business wing of Russia’s ruling establishment have vouched for Calvey as an upstanding investor.

Sixty-two percent of Russian respondents said it is impossible to conduct honest business in Russia “without hiding anything or deceiving anyone,” while 34 percent held a more positive view, the state-funded VTsIOM pollster said Wednesday.

Respondents cited taxes, red tape and large expenses – at 25 percent, 22 percent and 16 percent each – as the biggest obstacles to opening a business in Russia. Corruption placed fourth at 9 percent and administrative barriers fifth at 8 percent. 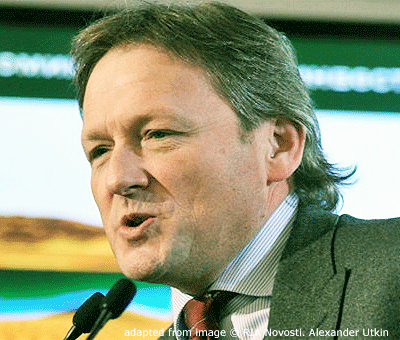 “The existing state regulatory system simply doesn’t let private business to be conducted without violating something,” Kremlin business ombudsman Boris Titov was quoted as saying in response to the results by the RBC news website.

Meanwhile, a majority of VTsIOM respondents have said they are not interested in opening a business, at 63 percent, against 25 percent that say they are interested and 10 percent who said they already have a business.

VTsIOM conducted the survey among 1,600 Russian respondents on Feb. 16.

Reuters contributed reporting to this article.