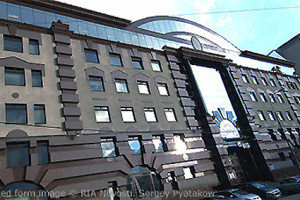 VTB to reverse the deal which saw it relinquish majority control following U.S. sanctions on Russia in 2014.

Russia’s VTB Bank — the country’s second-largest financial institution — is set to regain control over Pochta Bank before the end of 2021.

VTB had previously been a majority shareholder in Pochta Bank but relinquished control in 2017 in response to Western sanctions.

State-controlled VTB confirmed Monday plans to take back the two shares from Rudenko in a deal that would see it regain majority ownership of the bank, allowing it to bring more of Pochta Bank’s assets onto its own balance sheet, the RBC news site reported.

VTB Board member Dmitry Pyanov said the fading risk of new sanctions from the current U.S. administration was the “main motivation” behind the deal.

Russia’s second-largest bank, VTB has been under Western sanctions since 2014. The rules severely limit the kind of deals and financing Western companies and banks can enter into with VTB and any subsidiaries which are majority-controlled by VTB.

Pochta Bank is Russia’s 25th-largest lender, according to Banki.Ru. It specializes in personal loans and will account for around 10% of VTB’s retail loan portfolio.

Russia’s banking sector has chalked up strong earnings off the back of the coronavirus pandemic, with VTB poised to record $4 billion in profit this year, the bank’s management said in a recent conference call with investors.