RUSSIALINK: “Cutting Russia off from SWIFT would become common problem, since Russian exports would not be waived – Siluanov” – Interfax 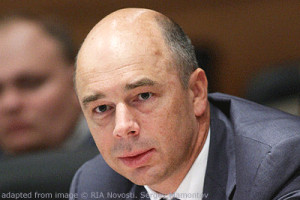 MOSCOW. Dec 30 (Interfax) – Russia’s disconnection from SWIFT is theoretically possible, but such a decision would be a common headache: foreign partners, primarily in Europe, will not be able to waive exports from Russia and will be forced to look for other methods of payments, Finance Minister Anton Siluanov said in an interview with the Rossiya 24 television channel.

“Who benefits from disconnecting [Russia] from SWIFT? No one. Only if they want to shoot themselves in the foot,” the minister said.

Cutting off SWIFT is part of a potential package of “hellish” sanctions against Russia, the discussion of which periodically intensifies periodically with the deterioration of the geopolitical backdrop.

“We supply, primarily to Europe – gas, oil, etc., in addition to other non-oil and gas goods, non-commodity goods. How will we trade with the Europeans, who influence the decision on whether to include or disconnect us from SWIFT (our so-called partners are trying to adjust their restrictive sanctions plans after all). So what’s going to happen to European consumers of the very same hydrocarbons? How will they settle accounts with us? Or will they waive exports? No, of course they won’t,” Siluanov said.

“Will it be necessary to settle accounts? Yes, it will. Will they create problems for themselves? Of course they will. I do not understand those who speak about it. Of course, it can be done, but then we’ll all have to find tools to deliver information about these transactions to each other. It is possible, of course, but it will be a big problem,” Siluanov said.