Russia’s largest protest in years came after a week of demonstrations against the barring of opposition candidates from city council elections.

Russian opposition leaders on Saturday led a protest in Moscow against the election commission’s decision to bar a host of candidates from the ballot for city council elections this fall that turned into the largest demonstration in Russia in recent years.

Billed as the culmination of a week of daily protests that kicked off last Sunday, the demonstration – which was approved by the authorities – drew 22,500 people, according to White Counter, an NGO that tallies up participants who have passed through the security frames surrounding approved rallies.

“I haven’t been at a protest this big since 2012,” opposition leader Alexei Navalny wrote on Twitter, referring to the Bolotnaya demonstrations that began in the winter of 2011 to protest Vladimir Putin’s return to the presidency. 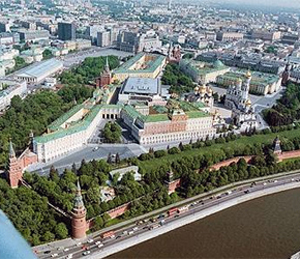 Saturday’s protest, buoyed by a groundswell of dissatisfaction across Russia over declining living standards that has led to falling ratings for Putin and the ruling United Russia party, may be the start of another round of rallies.

When Navalny took to the stage, he called for protests to continue next Saturday in front of City Hall, a stone’s throw from the Kremlin, if the election commission does not approve the candidates for the ballot this week.

To run for the 45-seat Moscow City Duma, potential candidates each had to collect around 5,000 signatures from city residents. But lawmakers have seen some of the names they collected invalidated by the election commission, and all of the high-profile candidates have been barred from running.

The head of the Moscow city election commission Valentin Gorbunov said this week that some signatures were disqualified because the names were the same as those of deceased residents. Supporters of the candidates whose signatures were excluded have posted on social media to prove that they are, in fact, alive.

Opposition candidates, including Navalny allies Ilya Yashin, Lyubov Sobol and Ivan Zhdanov, this week appealed the decision to bar them from the ballot. Yashin, who saw about 20 percent of his signatures invalidated, would win in a landslide if allowed to ballot, a poll showed last month.

Over the past week, the candidates have been drivers of daily protests each evening in Trubnaya Square in central Moscow that gathered a core crowd of 500-1,000 people. Sobol, who held Zhdanov’s hand as she walked to the stage to address the crowd, has been on a hunger strike in protest since last Saturday.

But it was Navalny, a persistent thorn in the Kremlin’s side in the years since the Bolotnaya protests, who seized the limelight Saturday. At the scene of the rally, he told The Moscow Times that he had avoided the unapproved smaller demonstrations over the past week to avoid serving prison time and missing the main event.

“For [the authorities] we are people who don’t exist and right now we have to do everything to prove the opposite,” he yelled to the crowd gathered on a street in central Moscow named for the Soviet dissident Andrei Sakharov.

The protests over the past week were targeted mainly at Moscow Mayor Sergei Sobyanin and election commission head Gorbunov. On Saturday, they turned against the man holding the country’s highest office.

“It’s really a protest against Putin,” said Abbas Gallyamov, a former Kremlin speechwriter turned political analyst. “These elections have clearly become a way of expressing a much deeper frustration and demand for political representation.”

“It’s a pre-revolutionary situation,” he added. “If these protesters don’t get political representation, they will try to overthrow the system.”

Moscow police estimated that 12,000 people attended Saturday’s protest. Some of those gathered, many of whom carried signs reading “I have a right to a choice,” told The Moscow Times that it was their first time attending a protest.

Some didn’t even have a stake in September’s city council elections.

“Enough is enough,” said Igor Makunin, a 25-year-old economist who had taken a bus to the city center from the wider Moscow region on Saturday morning to attend. “Silence is showing the authorities that you agree with what they are doing.”

The candidates that took turns speaking on stage to the gathered crowd appealed for the protesters to continue coming out on the streets.

For his part, Navalny asked the protesters if they were ready to spend time in prison to fight for their rights. The crowd roared in affirmation, but protests that have been unauthorized by city officials in recent years have drawn much lower numbers than those sanctioned like Saturday’s.

If the planned gathering in front of City Hall does proceed next Saturday – a demonstration that almost certainly will not be approved by city officials – protesters and candidates alike can expect to be detained en masse.

Just last month, police detained over 500 protesters during an unauthorized demonstration against police impunity after investigative journalist Ivan Golunov was arrested on what appeared to be fabricated drug charges.

“When the authorities are scared they are aggressive,” Gallyamov said. “Right now they are clearly confused about what to do.”