Three out of four unvaccinated Russians do not plan to get vaccinated against the coronavirus despite the authorities’ efforts to increase the population’s stubbornly low uptake, according to a Gallup survey.

The international pollster published the results as Moscow and five Russian regions went into a partial lockdown Thursday, two days ahead of nationwide weeklong restrictions. Reports also suggested that the Kremlin is planning to relaunch its failed campaign to promote vaccination, but the Kremlin later denied this. 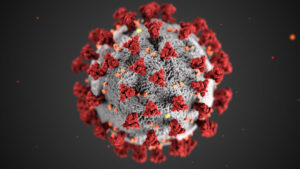 According to Gallup, 77% of Russian respondents said over the summer that they had not been vaccinated against the coronavirus in the past year, while only 23% said they had.

Only around 32% of Russians have been fully vaccinated with one of the country’s several vaccines as of Thursday, according to the independent Gogov monitor, with the latest wave of the Delta variant-driven outbreak inundating hospitals and killing a record number of patients.

Authorities in a number of regions reported higher vaccination rates after vaccine mandates for certain categories of workers went into effect in recent weeks.

The Kommersant business daily reported Thursday, citing two unnamed Kremlin sources, that the presidential administration is actively working on a new strategy to ramp up vaccinations.

President Vladimir Putin’s administration deemed the previous vaccination promotion campaign ineffective because it was too Moscow-centric, aggressive and negative, according to Kommersant.

“It placed excessive emphasis on the threat of death in case of refusal to vaccinate,” Kommersant wrote. “The persuasions will now be milder: you can only live a full life — go to the movies and study — with a vaccine.”

Volunteers and experts reportedly urged the Kremlin on Wednesday to make a clear link in its campaign between getting vaccinated and restrictions being lifted.

“This is a campaign that should be and is being conducted on an ongoing basis,” TASS quoted him as saying Thursday.

Gallup interviewed 2,001 Russian adults between May 14-July 14 for its survey.