NEWSLINK: “How Bill Browder Became Russia’s Most Wanted Man; The hedge-fund manager has offered a fable for why the West should confront Putin” – The New Yorker/Joshua Yaffa 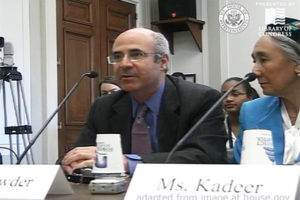 “… In 2009, Browder’s tax adviser Sergei Magnitsky testified that the Russian police and tax authorities had attempted to steal two hundred and thirty million dollars in Russian taxes paid by Browder’s Moscow-based investment firm, Hermitage Capital. Magnitsky was arrested, and died in a pretrial detention center in Moscow. In the years that followed, Browder strenuously lobbied for a law […]

Lucy Komisar: Re: “Developments re Browder”

Subject: Developments re Browder Date: Sat, 30 Dec 2017 From: Lucy Komisar you might be interested in one of these 1 About the new Magnitsky List – Browder targeted a lawyer involved in the $230 million tax refund fraud ten years ago who he had ignored since then. the man was put on the list exactly 2 months after he […]

MOSCOW. July 22 (Interfax) – The materials concerning Hermitage Capital Management co-founder William Browder and his business partner Ivan Cherkasov were sent for approval to the Russian Prosecutor General’s Office, the defense lawyer Alexander Antipov said on Thursday. “The defense finished reviewing the case files, currently, the dossier has been sent to the Prosecutor General’s Office but I don’t think […]