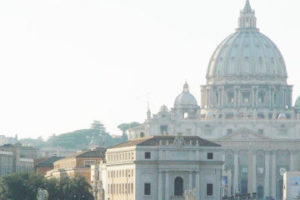 MOSCOW. June 6 (Interfax) – Kremlin spokesman Dmitry Peskov has confirmed preparations for Russian President Vladimir Putin’s visit to Rome and the Vatican, where a meeting with Pope Francis is pending. “It is true that Putin’s trip and contacts in Rome are being prepared. He is due to have an audience with the pontiff as part of the visit. Technicalities […]

“When Cardinal Pietro Parolin, the Vatican’s Secretary of State, ended his official trip to Russia on Aug. 24, news reports were full of praise for the latest expression of closeness between Rome and Moscow. But there are signs that not everyone is satisfied with the aloof tone of the four-day visit — or confident about its benefits for Catholics. … While […] 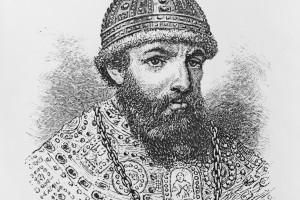 (Moscow Times – themoscowtimes.com – July 17, 2017) Russian President Vladimir Putin voiced support for an alternative version of the history of Ivan the Terrible, last week, in which the first Russian tsar did not kill his son. At a meeting with workers of the Lebedinsky Mining and Processing Company, Putin said the version in which first Russian tsar killed […] 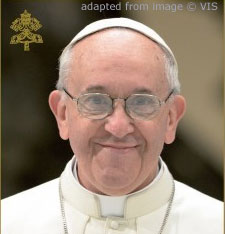 MOSCOW. March 9 (Interfax) – Russians consider further meetings between Pope Francis and Patriarch Kirill of Moscow and All Russia to be necessary, and support the idea of closer relations between the two churches without their unification, sociologists said, citing the results of a poll conducted by the All-Russia Public Opinion Research center (VTsIOM). In accordance with the poll results, […]

(Moscow Times – themoscowtimes.com – September 23, 2015) Pope Francis has said Russia plays a crucial role in solving the world’s problems, a TASS news agency report said. “Without Russia, not one of today’s most pressing global problems can be solved,” the pontiff was cited Tuesday as telling a TASS reporter aboard a flight to Cuba. The pontiff continued his […]

MOSCOW. Nov 27 (Interfax) – Patriarch Kirill and Pope Francis could meet but only after issues in the relations between the two churches are resolved, the Moscow Patriarchate’s Department for External Church Relations said on Wednesday. The unresolved conflict between the Orthodox and Greek Catholics in Ukraine remains the main obstacle – almost all churches were taken from the Moscow […] 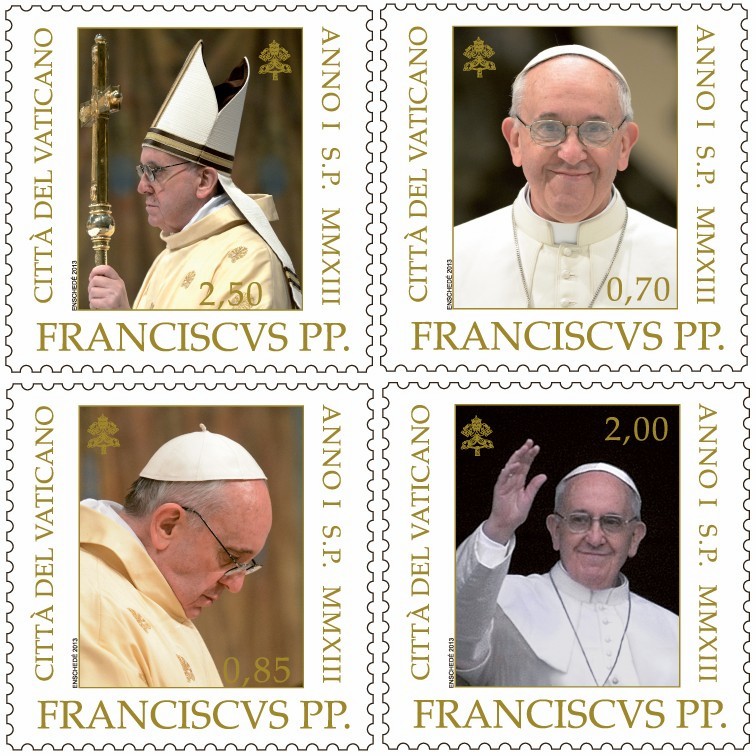 (Moscow Times – themoscowtimes.com – November 26, 2013) President Vladimir Putin presented Pope Francis with an icon of Our Lady of Vladimir during a brief visit to the Vatican on Monday afternoon, which some observers hope could improve ties between the Catholic and Russian Orthodox churches. Putin and the pope spoke privately for 35 minutes in the hall of the […]

(Moscow Times – moscowtimes.com – Gabrielle Tétrault-Farber – November 25, 2013) President Vladimir Putin will meet with Pope Francis at the Vatican on Monday as part of his state visit to Italy, an encounter that could help fuel further warming in relations between the Catholic and Russian Orthodox churches. Since the election of Pope Francis to head the Vatican in […]

MOSCOW, November 13 (RIA Novosti) ­ The head of the Russian Orthodox Church and a powerful Roman Catholic Church cardinal on Tuesday voiced readiness for collaboration ahead of Russian President Vladimir Putin’s visit to the Vatican for a meeting with Pope Francis on November 25. “We live at an epoch when many of our historic differences should stop playing the […]

New Pope a Mixed Blessing for the Kremlin and the Patriarchate

(Window on Eurasia – Paul Goble – Staunton, March 15, 2013 – http://windowoneurasia2.blogspot.com/2013/03/window-on-eurasia-new-pope-mixed.html) After its problems with the Polish John Paul II and its more hopeful ties with the German Benedict XVI, Moscow views the new Argentine pope, Francis I, as a very mixed blessing, someone with whom the Russian government and its Church may be able to cooperate on […]

(Russia Beyond the Headlines – rbth.ru – Igor Rozin, based on Interfax – March 14, 2013) Representatives for the Russian church and the government hailed the election of the new pope as a good sign for Orthodox-Catholic relations. The Russian Orthodox Church has welcomed the election of Cardinal Jorge Mario Bergoglio, archbishop of Buenos Aires, as Pope Francis. “The new […] 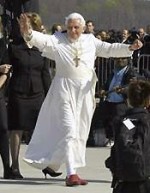 (Russia Beyond the Headlines – www.rbth.ru – Lucia Bellinello, RBTH – February 12, 2013) A few hours after Pope Benedict XVI announced his resignation, Russia was already thinking about building relations with his successor. It had not happened for nearly 600 years. On February 11, 2013 Pope Benedict XVI (Ratzinger) announced his resignation in Latin to the Vatican. “I have […]

MOSCOW, October 18 (RIA Novosti) – Pope Benedict XVI has agreed with the Russian Orthodox Church’s position regarding acts of vandalism in downtown Moscow’s Christ the Savior Cathedral, the Church said. “Pope Benedict XVI has expressed solidarity with the Russian Orthodox Church’s position on the issue and perplexity over the reaction of a number of media to these events,” the […]