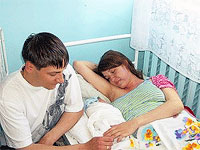 (RIA Novosti – MOSCOW, June 20, 2013) The birth rate in Russia grew 30 percent since 2007, Russian Minister of Labor and Social Protection Maxim Topilin said on Wednesday. In his interview with the Ekho Moskvy radio station, the minister attributed the trend in part to the introduction of the so-called “maternity capital” on January 1, 2007. “During this period, […]