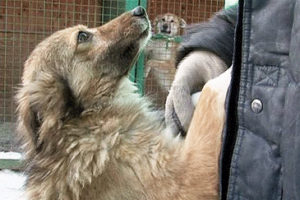 “… with the FIFA World Cup starting June 14, the issue is again in focus after seven of the 11 host cities issued calls to kill street dogs ahead of the games.  Russia has a problem with strays … Rostov-on-Don, like a majority of Russian cities, conducts an annual culling of the packs …. Government contracts pay as much as […]