(Moscow Times – themoscowtimes.com – Guennadi Moukine – June 20, 2013) Hovercraft, bionic arms, space tourism and nuclear laptop batteries may all be products of the future to be created and brought to market by Skolkovo, the business education and technology center taking shape on the outskirts of Moscow. Despite a bumpy start that has included typical Russian corruption scandals, […]

Hard for Russians to Say What They Take Pride In – Poll

(RIA Novosti – MOSCOW, June 12, 2013) It is difficult for Russians to name the country’s achievements and events in the country’s life in the past decades that they take pride in, an opinion poll showed. Most often, respondents asked by the All-Russian Center for the Study of Public Opinion (VTsIOM) to mention events over the past 10-15 years that […] 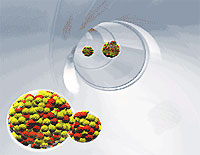 (Institute of Modern Russia – imrussia.org – Olga Khvostunova – June 4, 2013) The system of Russian science is deteriorating, despite the government’s claims that the country is modernizing. This April, Thomson Reuters published a report revealing that Russia is absent from leadership groups in the 100 top-ranked specialties in the sciences and social sciences. Another report, produced by the […]

(Moscow News – themoscownews.com – Kristen Blyth – June 3, 2013) There’s a new president in town, and his name is Vladimir Fortov. President of the Russian Academy of Sciences, that is. Fortov, a prominent Russian physicist and head of Moscow’s Joint Institute for High Temperatures, won 58 percent of the vote in a secret-ballot election among academy members last […]

(Moscow Times – themoscowtimes.com – May 30, 2013) A nuclear physicist with ties to the business community is promising reforms after being elected as Russia’s second post-Soviet president to the Academy of Science. Vladimir Fortov, 67, whose research has been used in the defense industry, received the majority of the votes cast by academics in Wednesday’s election, beating rival and […]

Medvedev Learns Geology at Skolkovo as Startups Seek Their Niche

(Moscow Times – themoscowtimes.com – Guennadi Moukine – May 29, 2013) Prime Minister Dmitry Medvedev visited the Startup Village conference at Skolkovo on Tuesday, reaffirmed his commitment to the Skolkovo innovation hub following a recent embezzlement scandal surrounding the project he conceived during his presidency, and learned a bit of geology. “I never knew that Kaliningrad had commercial geo-thermal sources,” […]

(Interfax – MOSCOW, May 27, 2013) The personnel of the SP-40 weather station, based on a split ice floe in the Arctic Ocean will be evacuated in mid-June, Natural Resources Minister Sergei Donskoi told reporters on Monday. An icebreaker will depart from Murmansk to collect the personnel and equipment. “If the mission goes as planned and the Yamal icebreaker keeps […]

(Interfax – April 18, 2013) Russian Deputy Prime Minister Vladislav Surkov said on 18 April that “certain forces” are trying to undermine the country’s budding innovation centre, Skolkovo, which is being investigated for embezzlement, privately-owned Russian news agency Interfax reported. Surkov, who is a member of the Skolkovo Foundation’s board of trustees, was speaking following a raid by Federal Security […]

(Moscow Times – themoscowtimes.com – Ivan Nechepurenko – April 19, 2013) The downtown office of the Skolkovo Foundation was searched Thursday as part of an ongoing corruption scandal involving two former executives whom the Investigative Committee accused of using a fraudulent tender to steal 23.8 million rubles ($789,000). A spokesman for Skolkovo ­ Russia’s high profile project to diversify its […]

(Moscow News – themoscownews.com – Nathan Gray – April 15, 2013) One of the most famous and secretive features of the Soviet Union, closed cities – known today in Russian as ZATOs – still dot the country, though in far fewer numbers than during the Cold War. The cities, which numbered upward of 100 throughout the different republics in the […]

NOVO-OGARYOVO. April 1 (Interfax) – The Russian authorities should think about expanding programs aimed at returning qualified Russians who are working as scientists abroad, Russian President Vladimir Putin said during a meeting with the students and faculty of the Baltic Federal University. Vladimir Vanag, director of the Institute of Chemistry and Biology at the Baltic Federal University, who earlier worked […]

MOSCOW. Feb 27 (Interfax) – Russians are losing interest in science, Russian Public Opinion Study Center (VTsIOM) told Interfax. It polled 1,600 respondents in 138 towns and cities in 46 regions on February 2-3. Only 47% show interest in the latest scientific achievements and technologies. The indicator stood at 68% in 2007, the center said. The number of people who […]

(Moscow TImes – themoscowtimes.com – Natalya Krainova – Dec. 18, 2012) When Maria Gritsai was diagnosed with late-stage cervical cancer, she didn’t spend much time grieving. She knew she had to act fast. With the support of her husband and son, she turned to the Blokhin Cancer Center, one of Russia’s best oncology hospitals, where the diagnosis was confirmed. Doctors […]

MOSCOW, December 7 (RIA Novosti) – Russian science is in crisis, mainly due to underfunding and the lack of a coherent national development strategy, according to a report from the Russian Science Promotion Association (RSPA), a non-governmental organization that advocates on behalf of science. The report, prepared under the supervision of Yevgeny Velikhov, RSPA head and member of the Russian […]

(Bloomberg – bloomberg.com – Alex Morales – November 27, 2012)   Thawing permafrost threatens to intensify global warming, sending the planet beyond the 2 degrees Celsius (3.6 degrees Fahrenheit) of increases that envoys at United Nations climate talks have set as a maximum. Frozen soils that cover a quarter of the land area in the northern hemisphere contain 1,700 gigatons […]

Physicist Convicted of Espionage Gets Parole

(Moscow Times – themoscowtimes.com – Natalya Krainova – November 14, 2012) Valentin Danilov, a Siberian physicist jailed on charges of espionage and treason amid a spying frenzy that swept the country in President Vladimir Putin’s first term, was granted parole Tuesday and could be freed next week. Human rights campaigners praised the ruling, saying Danilov should never have been imprisoned […]

Medvedev Sends Innovation Spending Plan Back to the Drawing Board

(Moscow Times – themoscowtimes.com – Anatoly Medetsky – November 2, 2012) Prime Minister Dmitry Medvedev on Thursday rejected a government plan to develop science and technology after describing its reliance on a surge in private funding as “absolutely unrealistic.” The proposal, reviewed at a Cabinet meeting, envisioned that private companies would increase spending on research tenfold by 2020, compared to […]

NEWSLINK: Russia reveals shiny state secret: It’s awash in diamonds; Trillions of carats’ lie below a 35-million-year-old, 62-mile diameter asteroid crater in eastern Siberia known as Popigai Astroblem. The Russians have known about the site since the 1970s.