JRL NEWSWATCH: “Putin wants new connection between Arctic coast and Indian Ocean; The construction of a railway line to Sabetta is what is needed, the president argues” – The Barents Observer/ Atle Staalesen

“… ‘The idea is to connect the ports on the Northern Sea Route with the ports of the Pacific and Indian Oceans by means of transport arterials through Eastern Siberia, the heartlands of Eurasia,’ … [Putin said to Valdai] conference participants. … [such as] Azerbaijani President Ilham Aliyev, King of Jordan Abdullah II, Kazakh President Kassym-Jomart Tokayev and Filipinian leader […]

JRL NEWSWATCH: “The Russian town that might save the world; Torzhok is experiencing a resurgence because of one woman’s activism” – Christian Science Monitor/ Mark Sappenfield 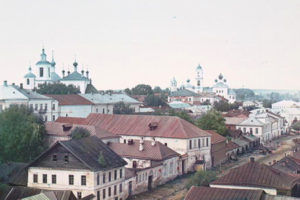 “… Before Ms. Sokolova intervened, why had Torzhok been forgotten? The simplest answer is that it had grown mentally stale. … Sokolova’s ideas for new festivals and civic renewal projects were not rocket science. Yet they have begun to push Torzhok into an entirely new orbit, symbolized by restored train service from Moscow and St. Petersburg. …” Click here for: […]

(Bloomberg – bloomberg.com – Anatoly Medetsky – August 30, 2017) Russia’s massive grains harvest is starting to put a strain on the country’s ability to ship out and store crops. Grains output is set to surpass a Soviet-era record and exports in the season that began in July may be the biggest since the USSR collapsed a quarter of a […]

“Russian [sic] has approved US$2.5 billion to expand and modernize the Trans-Siberian and Baikal-Amur railways as part of a larger rail project to boost economic growth and exports from the country’s Far East region that borders the Pacific Ocean. … Putin has given the green light for the government to allocate money from the National Welfare Fund for this stage of […]

(Kremlin.ru – March 14, 2017) Vladimir Putin held a meeting with Government members in the Kremlin. President of Russia Vladimir Putin: Good afternoon, colleagues, We will begin with s number of current issues. The epidemic level seems to be on the decline, but the situation is still serious. Even Mr Medvedev could not stay out of harm’s way, and caught […]

Stealing a Peek at Russian Economic Uptick Before It Happens

(Bloomberg – bloomberg.com – Andrey Biryukov – August 11, 2016) Prone to false starts since a crisis peaked last year, Russia’s economy is riding momentum that has it on the cusp of exiting the longest recession in two decades. As business sentiment perks up, leading indicators from demand for electricity to rail cargoes and container transport show the pulse of […] 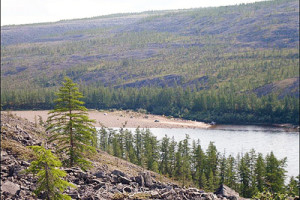 (Kremlin.ru – March 16, 2016) Vladimir Putin held a meeting with Government members to discuss measures to develop the Far East, including improvements to the electric power pricing policy, as well as other current issues on the socioeconomic agenda. In particular, the President heard reports from Russian Railways President Oleg Belozerov and Transport Minister Maxim Sokolov about work to improve […] 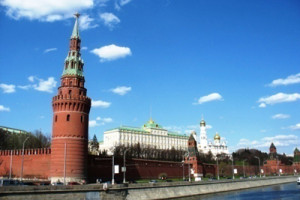 Putin May Be Tiring of His Cronies

(Bloomberg – bloomberg.com – Leonid Bershidsky – August 18, 2015) Vladimir Yakunin seemed eternal: Nothing he could do appeared to undermine his standing in the system President Vladimir Putin has built to run Russia. Yet now he is leaving the top job at the national railroad monopoly, after 10 years of mismanaging it. Putin may be realizing that tough economic […]

(Moscow Times – themoscowtimes.com – Ivan Nechepurenko – August 18, 2015) Vladimir Yakunin, one of Russia’s most powerful executives and a close ally of President Vladimir Putin, was nominated as a senator for the upper chamber of the Russian parliament Monday, a position that would oblige him to step down as head of the state rail monopoly Russian Railways (RZD). […]

A Newbie’s Guide to Taking the Moscow Metro

(Moscow Times – themoscowtimes.com – Andreea Rujan – August 6, 2015) For tourists and residents alike, the metro is the simplest, cheapest and fastest way to get around the Russian capital. However, there are some basic things new arrivals should know before hopping on the subway in order to master the art of metro-riding like a true Muscovite. 1. Be […]

NEWSLINK Politico: The whispering train. The last link between Kiev and Moscow.

“Suddenly, we are the enemy,” Irina whispers to me from the bottom bunk as our Moscow-bound train pulls into Russian border control at around 3am. A year after war broke out in the Donbass, the Kiev-Moscow train is one of the few remaining passenger rail lines linking Russia and Ukraine. http://www.politico.eu/article/the-whispering-train/

(Paul Goble – Window on Eurasia – Staunton, March 24, 2015) Even though the Russian government currently repairs less than one percent of its horrific roads in many regions, Moscow has announced plans to build a superhighway and rail line extending across the Russian north to the Bering Straits and a tunnel to Alaska, a project in which enormous sums will […]

(Window on Eurasia – Paul Goble – Staunton, January 1, 2015) Russian Railways announced yesterday that it will end some 220 local train routes this month, effectively cutting off the residents of many rural areas from access to medical and other services available only in oblast capitals. But the corporation insisted that Moscow is not to blame: local governments have […]

(Moscow Times – themoscowtimes.com – Oleg Sukhov – April 3, 2014) One of President Vladimir Putin’s relatives, Roman Putin, has spoken out against alleged corruption at Russian Railways, a state company headed by one of the president’s closest allies. The criticism by Roman Putin, who has been accused by some of capitalizing on the president’s reputation by founding the Putin […]

(Moscow Times – themoscowtimes.com – Christopher Brennan – March 20, 2014) Opposition leader Alexei Navalny, currently under house arrest in connection with a criminal case against him, has written an op-ed for the New York Times in which he calls for sanctions on officials and businessmen connected to President Vladimir Putin. Saying that previous U.S. and EU sanctions in response […]