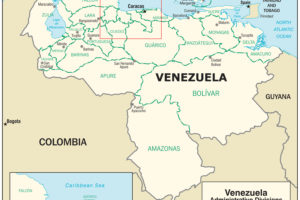 Russia has been one of Maduro’s major supporters in its standoff with the U.S. “Russia has withdrawn key defense advisers from Venezuela, an embarrassment for … Maduro as Moscow weighs the leader’s political and economic resilience against … U.S. pressure. Russian state defense contractor Rostec … trained Venezuelan troops and advised on … arms contracts, [but reportedly now] has cut […]

MOSCOW. June 3 (Interfax) – Media reports alleging that a group of Russian specialists is leaving Venezuela is a question not for the Kremlin but for the organizations responsible for the maintenance of special hardware shipped there, Kremlin press secretary Dmitry Peskov said. Asked by journalists on Monday to comment on reports that a large group of Russian specialists has […]

[“Russia’s military budget may shrink 10 pct in 2015 – Rostec” – Reuters – Stanley Carvalho – Feb. 23, 2015] Reuters covers news that Russian defense spending might shrink this year, due to the impact of Ukraine-related sanctions. Finance Minister Anton Siluanov previously had said that 10 percent cuts to government spending would spare defense. But on Monday the head of […]