JRL NEWSWATCH: “The Curious Story of an American Arrested by the Kremlin” – Stratfor/ Scott Stewart

“Highlights Russia has arrested an American corporate security director, Paul Whelan, but he doesn’t have the profile befitting a non-official cover intelligence officer, even though there are elements in his background that would bring him to the attention of the Kremlin’s security services. Russian authorities arrested Whelan not long after Russian citizen Maria Butina pleaded guilty in a U.S. court […] 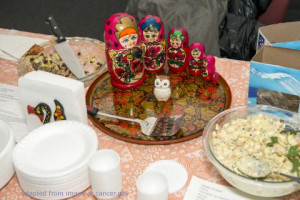 “He loved to travel around Russia by train, collected tea glass holders stamped with Russian historical scenes and maintained social media friendships with ordinary Russians, from a hairstylist to retired members of the country’s military.  … Paul N. Whelan … former [U.S.] Marine and current security chief for [auto parts manufacturer] BorgWarner … has been accused of espionage by Russia […]

“A former U.S. Marine arrested on espionage charges in Russia was removed from the military for trying to steal more than $10,000 in government cash while deployed at a base in Iraq, according to details of Defense Department court records released Friday. …”

Michael McFaul: “Not a great foreign investment promotion strategy to arrest an American without explanation. Who in their right mind would invest in Russia right now if they had a choice to invest elsewhere?” – @McFaul on twitter