Fascism Remains a Greater Threat in Russia than in the U.S., Mitrokhin Says 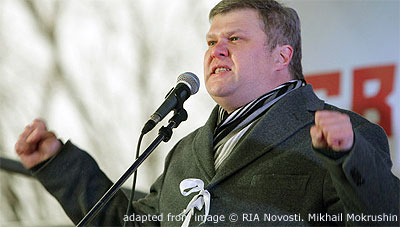 (Paul Goble – Window on Eurasia – Staunton, August 14, 2017) The clashes in Charlottesville have raised the specter of the rise of fascism in the United States, but Yabloko leader Sergey Mitrokhin says that while Donald Trump has unleashed these forces and Vladimir Putin currently is trying to control them, fascism remains a far greater threat in Russia than […]

MOSCOW. Dec 14 (Interfax) – The leader of Russia’s liberal Yabloko party, Sergei Mitrokhin, has described opposition activist Alexei Navalny as an “oligarchic project.” “Here is an oligarchic project under the tentative name Alexei Navalny. We know that this project is supported by the big interests and money of dissatisfied oligarchs and enjoys latent support from the Russian elite,” Mitrokhin […]