JRL NEWSWATCH: “Russia’s harsh condemnation of Israel – What does it mean for the future?” – Jerusalem Post 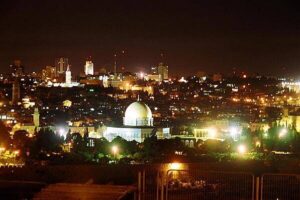 “Though such tough language directed at Israel has not been heard since the days of the Soviet Union, it is still very premature to declare Russia returning to its Middle East policies of the Cold War.” “… [H]ostilities between Israel and Hamas [have] produced a number of new developments, … tactical and strategic …. Russia’s harsh condemnation of Israel’s actions […]