NEWSLINK TASS: “NATO prefers to deal with Putin rather than his circle – Breedlove”

The U.S. has too few intelligence assets focused on the threat from Russia and should concentrate its technical capabilities on Moscow’s growing military might, NATO’s departing supreme allied commander said. The U.S. has begun to build up the number of intelligence analysts examining Russia, which stood at 13,000 at the height of the Cold War before dipping to a low […]

Newslink NPR: “Gen. Philip Breedlove On How NATO Should Deal With Russia”

NEWSWATCH Ukraine Today: Russia greater threat to US than IS terrorism – Breedlove

Ukraine Today covered remarks on threat assessment by both the NATO Supreme Allied Commander Europe and the new Chairman of the Joint Chiefs of Staff. General Philip Breedlove, NATO’s Supreme Allied Commander Europe has told PBS news that he agrees with the new US Joint Chiefs of Staff Joe Dunford, who said Russia is a bigger threat to US state security […]

Russia’s military may be taking advantage of a recent lull in fighting in eastern Ukraine to lay the groundwork for a new military offensive, NATO’s top commander told the U.S. Congress on Thursday. U.S. Air Force General Philip Breedlove, the NATO supreme allied commander, said Russian forces had been seeking to “reset and reposition” while protecting battlefield gains, despite a […]

Who Are the Men Behind the Masks? 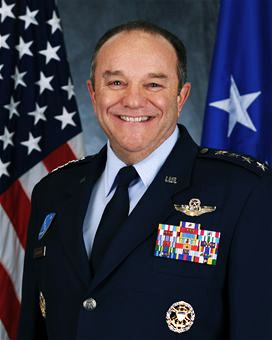